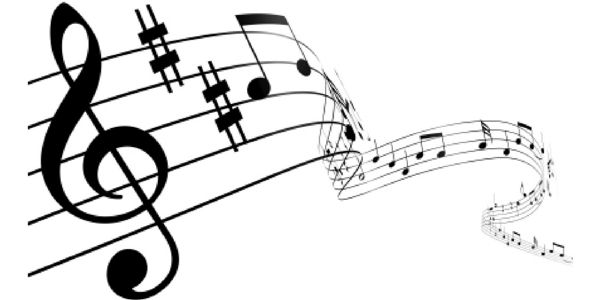 Most western music is rhythmic much like martial art forms. Executing a form too fast makes the flow misunderstood; on the other hand having a flow that is too slow just looses fluency. Like the rhythm of a song martial arts forms have a set flow that is appealing, of course various forms vary in speeds, but nonetheless have an ideal pacing. For example, Tai Chi forms will demonstrate comfortable stances, and emphasizes pulling and pushing at a steady pace that is not too quick. In contrast Northern Shaolin forms are much faster, emphasizing strong stances with explosive bursts of energy much like the musical term ‘staccato’ (a term that describes distinct notes that are cut short or sharply detached) often affiliated with a faster pace but gives the music more energy. One does not perform a form properly by executing one stance after another, motions must flow with a set pace that demonstrates both power and control this brings a form to life, much like a song. Listening to a song without a beat is lifeless much like martial arts without power and control. We as martial arts practitioners should study these forms as musicians learn how to play new songs. Some people who play instruments will initially use a metronome to keep rhythm.

When practicing a martial arts form one can become immersed into it much like how a musician bobs their head or taps their foot while they strum a guitar. Our bodies will become accustomed to the rhythm. Of course we are not taught to bob our heads or tap our feet while in the middle of a form—that would be ridiculously entertaining—instead martial arts practitioners focus on breathing to fully synchronize with the motions of a form. For example in Karate-Do we inhale when chambering and exhale when striking. This helps maintains focus on the kata (Japanese choreographed movement) while being practiced, similar to the method of one moving along to a beat as they play an instrument. It is used not just as a method to study your art but appreciate it as well.

Music unlike many things enters our bodies spiritually and is apparent physically such as dance. This is similar to martial arts in a way that the philosophy of the art enters spiritually through the practice of physical movement. Forms are often over looked but are necessary to have, when one strives to achieve full mastery over their martial skill. Forms allow one to have a general idea of how the body should move in application, and often used as gateways for these philosophies to enter.