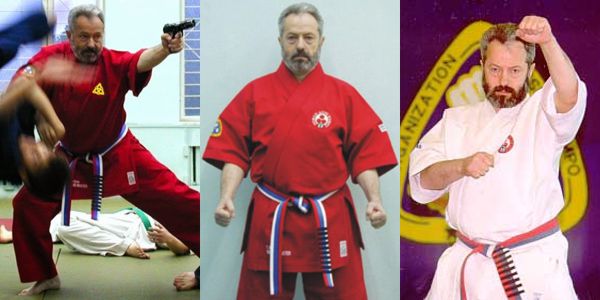 He is a professional coach (graduated from Kiev State Institute of Physical Culture and Sport in 1972), from 1968 till 1970 he was a member of Ukrainian ju-do team and candidate to member of national team of the USSR.

At the beginning of 70’s he served at of anti-diversionary battalion of strategically missile forces, where he obtained special preparation on hand-to-hand fight.

From 1970 till 1976 he studied independently such styles of karate as Shotokan, Goju-ryu, Kyokushin. From 1976 till 1986 he was trained under a supervision of Lama Go Yuan and obtained from him generic gunfu school “Shang Dao Tsyuan”. 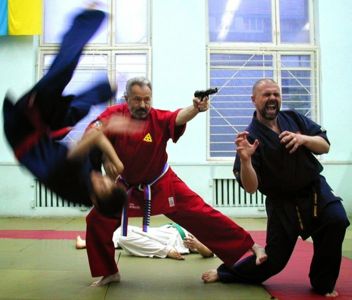 Since 1984, on advice of the master, he began to elaborate his own style and by 1987 the synthesis of his system of fisticuffs was completed. From 1976 till 1981 the Teacher took part in 34 underground fights (due to interdiction of martial arts and shock single combats in the USSR), 30 of which he won, and four finished in a draw (the prototypes of today’s competitions on fights without rules).

After 1987, in order to test the system created by him, Yuriy A. Kostrov went to Europe, where he participated in sparrings with leading masters of such styles as goju-ryu, hakko-ryu and kyokushin. After this successful tour, since 1989, International Independent Organization of Russian Kempo founded by the Teacher began its existence, and since 1998 – elite World Agni Kempo Organization.

He has 42 years of experience in the martial arts.

Agrees with an internal Rule for WAKO & IIORK entered from the moment of the basis WAKO in 1998 and dividing ranks for the Masters to the statuses: the Master, Master-Expert and Grandmaster-Expert, Technical Advisory Committee of WAKO & IIORK has appropriated to 17/06/1999 Founders WAKO and IIORK Yuriy A. Kostrov the status – Grandmaster-Expert for Martial Arts, authorized by Technical Advisory Committee and Black Belts of WAKO and IIORK.

USAdojo - March 5, 2016
We use cookies to ensure that we give you the best experience on our website. If you continue to use this site we will assume that you are happy with it.OkRead more