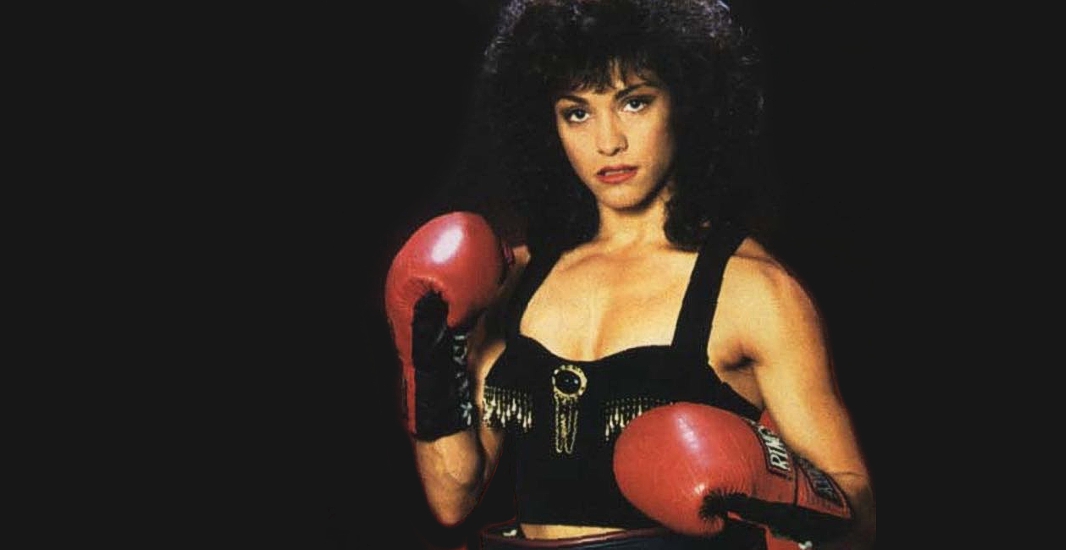 Peoria, Arizona southpaw Yvonne Trevino was a well-regarded pro kickboxer (fighting under the nickname “The Terminator”) before embarking on a career as a pro boxer in 1994. She made her boxing debut as a last-minute replacement on Sept. 18, 1994, and broke Chris Kreuz’s nose on the way to a four-round decision.

Yvonne made her mark by winning the WIBF (then Super) Flyweight title in an April 20 1995 brawl in Las Vegas with teenaged German star Regina Halmich. Yvonne was decked early in this bout but she came back to overpower the young German, cutting her badly under her left eye to earn a TKO in the fourth round.

Yvonne defended her title against Brenda Rouse on April 19 1997 in a match that was the first women’s boxing bout to be seen live on U.S. network TV. The goal was to showcase a women’s event on ABC’s Wide World of Sports alongside a one-hour feature documentary on women’s boxing that was shown in the Passion to Play women’s sport series the next day. Brenda Rouse had previously been seen in a good 4-rounder against Eva Jones-Young on Cable USA’s Tuesday Night Fights. But she was no match for the aggressive Trevino and their fight was stopped with seconds to go in the first round.

On May 17 1997, Yvonne fought in the first IFBA all-women’s card at the Reseda Country Club. Her fight was again supposed to be the showcase event, pitting her against promising newcomer Jolene Blackshear from Santa Rosa, California. Trevino was clearly surprised by the aggressive Blackshear, and was knocked down twice early in the first round. Both knockdowns were ruled slips, but nobody who watched agrees with this! Later in the round, Blackshear was deeply cut under her right eye by what appeared to be an elbow strike from Trevino. The fight was stopped in Yvonne’s favor to a storm of protests from Yvonne, from both corners, and many in the crowd! This was a shaky start for both Yvonne and the fledgeling IFBA, and was hardly the “Main Event” either were looking for on this occasion! A rematch with Blackshear is clearly called for.

On August 2 1997, Yvonne earned the IFBA Bantamweight title with a 10-round unanimous decision over Suzanne Riccio-Major at the Grand Casino in Biloxi, Mississippi.

Yvonne was undefeated as a super flyweight in the WIBF after winning its world championship, but she was stripped of this title when she fought in the IFBA. We deplore the fact that this incident was one where women’s boxing followed the lead of the men. World titles should not be lost through politics, but in the ring. (The WIBF later reversed itself on this decision!)

On February 15, 1998, Yvonne lost the IFBA bantamweight title in a 10-round unanimous decision to Bridgett Riley. Yvonne seemed intent on fighting Bridgett at close range where Riley’s hooks were an effective counter to her southpaw style. Riley wore her down in a fast-paced competitive fight whose outcome was in little doubt as Yvonne tired in the later rounds.

On November 17, 1998 at the Freeman Coliseum in San Antonio, Texas, Yvonne lost a convincing six-round unanimous (60-54, 59-55, 59-55) decision to Kathy Williams of Thunder Bay, Ontario, Canada. A crowd of 1836 saw the former IFBA bantamweight champion knocked down in the third and fifth rounds by the experienced Canadian policewoman, who had a 25-6 record as an amateur.

On May 28, 1999 at the Orleans in Las Vegas, Nevada, Yvonne (weighing in at 113 lbs) moved her pro record to 9-4-1 with a controversial TKO of Suzanne Riccio-Major (5’2″, 115 lbs) of Pittsfield, Massachusetts at 1:34 of the fifth round. Unlike their first meeting on August 2, 1997, which had been a relatively tame tactical match, this bout had see-saw knockdown action. Yvonne scored a knockdown in the first round, but Riccio-Major returned the favor with a solid right hand in the second. Trevino landed a flurry of punches with Riccio-Major against the ropes when the bout was stopped, but apparently nobody but referee Mitch Halpern thought that the Massachusetts fighter was in trouble at this point! The crowd booed the decision loudly, and Trevino grabbed the microphone from ring announcer Jake Gutierrez to tell them that she didn’t want the fight to be stopped. Yvonne demanded a rematch, which promoter Tony Trudnich said he would grant. Riccio-Major fell to 6-6-1 with the loss.

On May 6, 2001 at Celebrity Theater in Phoenix, Arizona, Yvonne returned to pro boxing competition as a featherweight to face WIBF Americas Featherweight champion Kelsey Jeffries. Jeffries moved to 11-3 (1 KO) with a four-round unanimous decision over Yvonne, who was knocked down twice in the first two rounds but kept trying to turn the tide of the fight. Trevino fell to 9-5-1 (6 KO’s) with the loss. Her team tell me that she did not get warmed up until the end of the third in her first 4-rounder in several years. They say that Yvonne would now like some 10-rounders!