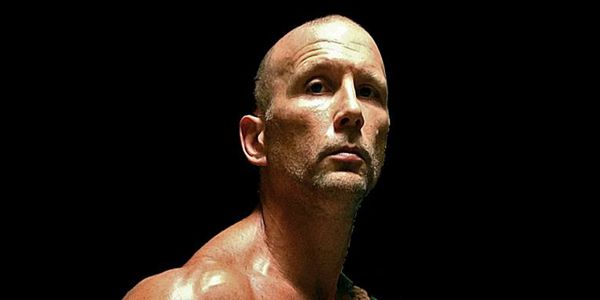 For the past 20 years, I’ve developed what I call the “Six Strategies in Jacket Wrestling.” This is a theory that I compiled over years of coaching and traveling internationally as US Sambo Team coach. Most people bicker about the Tactical level of implementation in Sambo. They say, “I’d rather do it this way, rather than that way,” or “I’d rather wrestle for submission rather than try to throw him for total victory.” But this kind of debate between players is of low value without a comprehensive appreciation for the Strategic level that influences and determines the Tactics one employs.

Although and internationally recognized sport, Sambo is a Russian martial art, and as such is a part of an

Integrated Cultural Philosophy. Actually saying Philosophy and Culture is redundant, for “Culture” is the lived-philosophy of a people. A true Philosophy is a System of Theory and Application. Theory and application are two wheels of the same cart, as my mentor, Dr. Jonathon Ellsworth Winter used to note. If we look from a cultural perspective, we gain a unique insight into what philosophy created Sambo, and imbues it. A Philosophy (read “Culture”) is the way in which a substance (or people) adapt to the situation.

A culture comprises a set of basic beliefs that form their Subsistence Strategy (general approach to resource acquisition, such as hunting-gathering, horticulture, pastoralism or agriculture), and Survival Skills (specific methods, or tactics, for accomplishing the subsistence strategy; a subset of which are martial traditions – how a people address competition for resources.)

The proper definition of a philosophy can be seen as comprising

In jacket wrestling, to argue on a Tactical level has very low value, unless the overriding Strategy is fully understood, which in turn has no relevance unless the Doctrine is fully comprehended, which is non-sensical unless the conditions that evolved the general beliefs are fully actualized.

What conditions brought forth our method of jacket wrestling that is called Russian Sambo? The Eastern Slavs, the Russian-Style ancestors, were basically a non-warfaring people. No, they were not peace-loving either. Being tribal, they did not ascribe to the War/Peace paradigm. They fought when their was need, when the invaders came… not for conquest. The environmental conditions: cold weather demands heavy clothing; snow/ice demands a particular type of footwear. Limited resources demanded rather precise economy of caloric output. There was no sense in struggling more than necessary. When fighting on the ice-covered lake in 1242, I am certain that Yevtapi Kolovrat wanted an end to the battle with the Golden Horde ASAP.

The Slavs fought shoulder to shoulder in wave upon wave. One fallen enemy was trampled or speared by the subsequent row of advancing Slavs, if the enemy was not finished from the impact with the frozen earth and water. “The Earth is a fist.” From this background a doctrine formed: the most advantageous position to be in is standing facing your opponent who is on the ground; the most disadvantageous position to be in is on the ground facing a standing opponent.

From this doctrine formed the strategy, we know as “Total Victory” – to place a man upon his back while remaining standing with the least amount of energy expenditure. From this strategy formed the diverse array of tactics to accomplish the Total Victory, which is seen as the ultimate demonstration of skill in Russian Sambo.

Russian Sambo is very much Judo-esqe” – it is Sambo’s Sister. Judo values as much as Sambo the Total Victory named “Ippon” in Japanese. In current time, Sambo appears to differ stylistically since most grappling is taught as a technique-based system of education. However, the original, authentic intent of Judo was the same as Sambo. The notion of technique in Judo was to exemplify a particular arrangement/amalgam of five basic principles. Each technique was designed to be a study of the principles, having little value if taken outside of those context. In modern times, when people study without a teacher (the bulk of practitioners are “tape-taught”), 99% look to the technique as the end, not the means.

When we encounter other groups, we must recognize that they have Strategies, Doctrinal Beliefs, and differing situational/environmental factors that formed their beliefs. For instance, the notion of “groundfighting” which typifies Brazilian Jiujitsu is very different than that of Russian Sambo.

Sambo is a style of jacket wrestling. The highest demonstration of skill in Sambo is the “total victory” throw. Now most people may misunderstand that a great deal of emphasis is devoted to throws. It is the doctrinal belief and the strategic objective that must be understood to appreciate Sambo at a tactical and technical level.

Examples of the Philosophy of Sambo

* Environmental Influences: (stated above)
* Doctrinal belief: The most advantageous position to be in on a battlefield is standing facing your opponent. The most disadvantageous position to be in is on the ground facing a standing opponent.
* Strategic Objective: Get your opponent to the ground in the most expedient manner while remaining standing, despite the treacherous terrain (ice/snow)
* Tactical Maneuver: Throw your opponent in such a way that you do not disturb the terrain greatly, nor expend a great deal of energy. Takedown your opponent in such a way that he has no chance to restabilize the breach of stance integrity and is stunned by the impact with the Earth.
* Technical Application – {onsite innovation} You will see what appears to be “groundwork” but this is a subordinate function in Russian Sambo.

Here is a second example.

* Environmental Influences: (stated above)
* Doctrine: Same as above
* Strategic Objective: If you cannot remain standing, get your opponent to the ground in such a way that you are in a superior position to apply a finishing hold immediately.
* Tactical Maneuver: Throws and Takedowns that require you to engage the ground should either immediately be decisive through a lock or should be immobilizing through a hold-down.
* Technical Application – {onsite innovation} If your focus is to learn submission groundwork, your involvement with Jiujitsu is ideal – that game concentrates on this. Sambo is very much a “throwing” sport. Yes, there is a great deal that Sambo can contribute to the submission wrestling but it must be an honest contribution – Sambo is jacket wrestling. I have seen Sambo players overconfident so that their play is submission wrestling. It is much more accurate to say that what Sambo is jacket wrestling. Submission wrestling is a ancillary aspect, a subordinate strategy within Sambo.

Perhaps I can finalize this by:

* Environmental Influences: (stated above)
* Doctrine: Again, same as above…
* Strategic Objective: Should you lose a dominant position or fail to apply a submission, get out and stand up.
* Tactical Maneuver: Escapes and Reversals to withdraw and stand.
* Technical Application – {onsite innovation} In the 60’s and 70’s Judo, Europe experienced a revolution as Russian Sambo players entered the Judo theatre. The new Sambo method to Judo events changed the manner in which Classic Judo strategically approached competition. Some said it was a deliberate improvisation, others said it was an inadvertent adaptation to the external influence of Sambo in Judo competitions that the nature of Judo strategy for many was not changed but expanded in scope. Brazilian Jiujitsu has been the stimulus of a new revolution, and a new strategy, now… in Russian Sambo.

The Six Strategies to Win in Sambo

#6 is only a meager portion of the approach and in Sambo, coaches train their sportsman in the above order from 1-6, but here now… we have seen the appearance of a new pedagogical approach: Coach the players from #6 first, then work up to #1.

Sambo has adopted the position that since their strategic approach wins consistently 95% of the time within the parameters of Sambo that one ought to continue to hone one’s talents over one’s lifetime of jacket wrestling. One does so this because the objective is not victory but transformation and development. As we get older, we get better.

I was amazed when the old men in Russia could dust me with ease. That was the point I learned. If a strategic approach cannot adapt to new influences, it proves to be evolutionarily unstable, and it will be unselected for continuation. However, if an approach has continued to exist, it is valid.

No strategic approach is better than another. They are just different, each equally valid within the context of their approach. Mastery must be mastery of something. In order to transfer wisdom to our every activity, we need a microcosm, a focus group, an accelerated arena to explore the wisdom of behavior… a “delivery system” for our development.

We grow within our Philosophy… our cultural perspective. In context of Sambo sport-wrestling, this is the first and foremost guideline – Do not expect victory without understand the nature of the game. Players who are multi-sport active tend to be highly adaptive, IF they are informed. They also tend to bring a great deal of evolutionarily stable strategies to the development of the sport as a result.

Contrarily, players who are multi-sport active and do not have a coach that informs them and prepares them appropriately are in jeopardy of defeat and even worse harm.

Their coach should prohibit competition until a complete comprehension of the rules, conduct of play and objectives are clearly articulated by the coach and internalized by the player. The most effective manner to do this is to require player to train as officials simultaneous to training as competitors. Having the vantage point of an official affords the single best opportunity for developing a cohesive, effective competitive strategy. For example: when adopting a heavy “#6-type” strategy (the “groundfighting” approach), it is highly critical to realize the perspective of the Sambo official/referee. If a player falls to his back and the other remains standing, the match is over – Total Victory throw conclusive. In this type of strategy, it is crucial to enter the opponent into par terre through contact of at least one knee with the mat.

Sambo developed out of the doctrinal belief system of the Slavic peoples which formed out of certain environmental condition and influences. As a result, a particular strategic approach tends to be the most effective for Sambo sport-wrestling.

This is what it means in the difference between practice and training in Sambo and competing in Sambo. One can compete in Sambo, without having practiced in and trained for Sambo. However, the most effective strategy to develop a strategic approach forged directly from understanding the doctrinal intent which developed the sport.

Ted Gambordella - August 1, 2013
We use cookies to ensure that we give you the best experience on our website. If you continue to use this site we will assume that you are happy with it.OkRead more