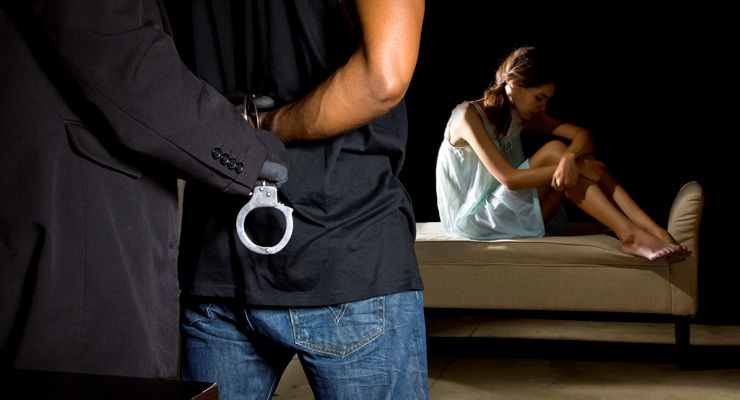 Eighteen years ago, when I was a teenager living in a really rough neighborhood in the Bronx, I decided to learn how to defend myself. In setting out on this path I eagerly went down to one of bustling streets of my neighborhood, and from a local newsstand I picked up the June 2000 issue of Black Belt magazine. Inside was an intriguing article titled, Fighting to Survive Combat Martial Arts Camps for the Real World. The article listed the top five combative systems that dealt with modern threats: gang attacks, drive-by shootings, criminal knife attacks, robberies, and the like. From those printed pages I took the advice to heart, and I painstakingly researched each system. I finally narrowed it down to the two systems on the list that I thought were the best of the best, and I spent the next few years studying them both: Jim Wagner’s Reality-Based Personal Protection and Bill Wolfe’s DEFENDO. Later on I’d also add Vladimir Vasiliev’s Russian Systema to my studies.

As a young adult I was no longer content with just knowing how to defend myself, but I wanted a job where my martial arts skills would be included in the job description. As a result I became a bouncer in some of the roughest bars and night clubs in the Bronx, and over the years eventually worked my way up as a doorman with some of the most prestigious nightclubs in New York City.

Being around the rich and famous inevitably led to bodyguard work, and desiring to work for “tier one” principals I studied everything I could related to my chosen profession: case studies on assassinations, surveillance and counter surveillance techniques, tactical driving, and counterterrorism.

There was another reason I decided to become a bodyguard. When I was a child I witnessed my mother being beaten by my father on numerous occasions, and there was nothing I could to protect her. My father was a monster. As such, I grew up always wanting to protect people that were weaker than me. When the opportunity arose to do just that, I seized it.

As hard as I worked I discovered that techniques and tactics alone is not enough to be a good bodyguard, so I made it a point to know what was happening internationally. This newfound geo-political knowledge I had acquired, along with my career trajectory, eventually led me to the island nation of the Dominican Republic.

As a supervisor I had to deal with violent protests, intruders, machete-carrying farmers, insider threats, and harsh tropical weather conditions. There was one stretch of time during my employment when going to work everyday was a life endangering event: protesters stoning passing vehicles, burning tires on the roads, ambushes, and close calls from gunfire.

In 2016, while working as a security consultant for one of the top executive protection agencies in the Dominican Republic, I met Peter Everett, an Australian, who had been fighting human trafficking for two years on the island. Prior to that he had been it in South East Asia. Having learned about my background he recruited me as an undercover operative, and in so doing I found a new mission in life – helping to free people from victimization and exploitation.

What is Human Trafficking?
To put it simply, “human trafficking” is modern slavery. They are not wearing chains, as one traditionally thinks of slavery, but millions of victims around the world are trafficked, or “trapped” for a better word, in forced labor or sexual exploitation with little hope of escape.

Trafficking in human beings generates profits in excess of 12 billion dollars a year worldwide. At the current rate of growth human trafficking is expected to surpass drug trafficking as the second largest criminal industry in the world within the next 10 years.

Human trafficking is often referred to as “the hidden crime” or “the invisible crime” since it is structured in such a way that a casual observer would never notice it, and most victims rarely come forward to report the crime, and that’s because of a few reasons: language barriers, fear of retaliation from the traffickers, and even fear of law enforcement. Some victims are in countries illegally, and thus they are afraid of getting sent back to their home countries, or in some cases corrupt law enforcement officials are themselves aiding the traffickers. In addition, the emotional trauma caused by the traffickers can be so great that many victims choose not identify themselves as a “victim,” nor or ask for help, even if they have the opportunity to do so even in highly visible public setting. In the business we call this “slavery hidden in plain sight.”

Traffickers use force, fraud, or coercion to lure their victims in, and once they fall for the trap they are forced into labor or commercial sexual exploitation. Susceptible victim profiles include psychological or emotional vulnerabilities, experiencing economic hardship, a lack of a social safety net, the loss of everything after a natural disaster, or even during times of political instability.

The trafficker must commit one or more of the following “acts” to define the crime:

The “means” to entrap someone can be:

The “purpose” of the exploitation may include one or more:

Hollywood’s Spotlight on Human Trafficking
In the last couple of years human trafficking has been spotlighted by Hollywood. NBC’s series Chicago P.D., in the fifth season, had an episode called Home aired on October 25th 2017, with 6.16 million viewers.

Martial arts movies have also brought attention to human trafficking like the film Out of Reach (2004) starring Steven Seagal, the film Merantau (2009), starring Iko Uwais, the  film Six Bullets (2012), staring Jean-Claude Van Damme, which it about an ex-mercenary that is hired by a famous mixed martial arts fighter to find his kidnapped daughter, and the movie Skin Trade (2105) starring Tony Jaa, and more recently Lionsgate’s film Acts of Violence (2018), starring Bruce Willis.

The Dark Side of Paradise
The Dominican Republic is known for its many beautiful Caribbean beaches. Yet, on these very same beaches, as well as in the parks and on public streets, the trafficking of 15-year-old to 17-year-old girls also occurs. Tourist hotspots are used by organized crime to traffic their victims: 80% women, 15% children, 5% men. Child sex tourism is a big problem, particularly in the hotel areas along the coasts of the island, attracting tourists year round.

Trafficking minors is not merely confined to strangers luring their victims, but it also happens domestically as well. This means that victim’s very own family member sells them, or allow the minor to go to work in bars and other establishments, in exchange for money, gifts, or sexual gratification. By law this is the definition of human trafficking.

The human trafficking in the Dominican Republic is not only committed by Dominicans or Haitians, but according to recent investigations conducted by the government, intelligence reports confirm that the Dominican Republic has is infested with mafias from the Russians, Chinese, Colombians, Venezuelans, Ecuadorians and Italians.

The Dominican Republic places fourth on the list, after Thailand, Brazil and Colombia, for the most percentage of victims of human trafficking in the world. 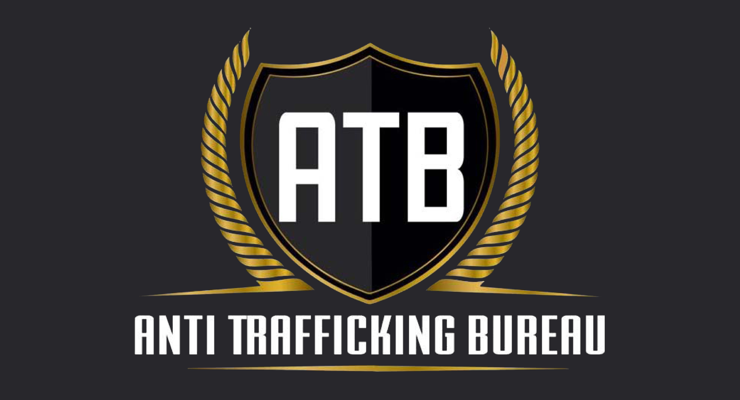 Anti-Trafficking Bureau
I now work for the Anti-Trafficking Bureau (ATB), which was established in 2017. It is a very diverse team dedicated to fight for justice on behalf of all trafficked victims, and to ensure that all traffickers receive the maximum sentence allowed by law for crimes committed. We believe in an intergovernmental, and multidisciplinary, approach to fighting this crime in order to see the best outcome.

The Anti-Trafficking Bureau coordinates comprehensive services in the areas of education and prevention, intelligence and investigation, and it specialized in victim care once they are take out of captivity. Our mission is to provide a comprehensive model in response to human trafficking where: victims are respected and empowered, service providers are enabled to offer quality care, government agencies are supported through shared intelligence and joint operations, partners are resourced and equipped, communities are engaged and educated, and donors are assured of financial integrity.

There are three branches within the Anti-Trafficking Bureau. They are:

Education and Prevention Unit: It’s important that people from all backgrounds and socio-economic levels understand what human trafficking is in order to identify various crimes associated with it, and how to report them. This unit gives workshops at the government level, and on down to the community level.

Special Investigation Unit: This unit works with the other Federal Anti-Trafficking Departments and directly with international agencies. It provides intelligence analysis, support logistics, and monitors operations. The unit responds to any leads related to trafficking in persons, and functions at tactical, operational, and strategic levels.

Special Victims Unit: Taking a victim-centered approach (considering the wishes, safety, and the well-being of the victim) is what this unit is all about. This approach is defined as the systematic approach to the needs and concerns of a victim to ensure that services are offered in a compassionate, sensitive, and impartial manner.

My work includes the investigations of human trafficking of minors in cooperation with the National Police Human Trafficking Department, along with members of the Federal Human Trafficking Task Forces. To get charges to stick requires sophisticated techniques, such as going undercover and using the latest technology to gather information.

Conclusion
If I had been told 18 years ago, when I read my first Black Belt magazine article, that I’d one day be helping to “free slaves” I’d never have believe it. Yet, like many cops, soldiers, and those fighting in the ring, which was inspired, the martial arts was the catalyst that made it happen for me. Just by being aware, and keeping your eyes open, you too are now part of the fight against human trafficking.

Support Fernando and Altagracia Figueroa in their fight against Human Trafficking 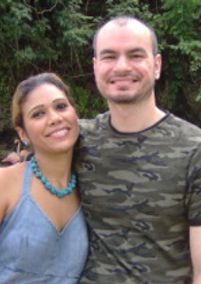 Fernando Figueroa, his wife Altagracia and their two young sons live in the Dominican Republic, where human trafficking is prevalent. Both Fernando and Altagracia are passionate about bringing freedom, justice and healing to victims of this terrible crime. In 2017 they founded Anti Trafficking Bureau together with a team of friends dedicated to providing a comprehensive model in response to human trafficking in the Dominican Republic. They are excited to watch God grow the organization and make an impact for His Kingdom. Fernando is an author and has done extensive training in such fields as intelligence, counter-intelligence, cyber crimes, counter-terrorism, self defense and more. Donate

For more information on the organization visit www.antitraffickingbureau.org.