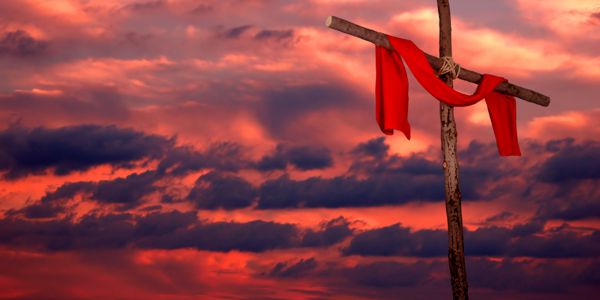 How can a pastor practice the martial arts?  Aren’t they rooted in Oriental religious philosophies? Are Christianity and the Martial Arts Compatible?

I have often been asked if there is a conflict between my faith in Jesus Christ, and the practice of the martial arts. Let me say for the record that I am an advocate of turning the other cheek in almost every circumstance.  Many of my brothers and sisters in the church are confused as to how I can practice the arts and still follow the precepts of Jesus.  Yet these same brothers and sisters in the faith see nothing inconsistent with Christians serving in the military and fighting patriotically for their countries.

The word “martial” simply means “of or relating to war or the military.”1 Therefore, study of the martial arts is merely studying the military arts. Typically this is unarmed combat, but weapons are also used in martial arts training.

The Bible, especially the Old Testament, is full of stories about faithful men of God who were also trained in fighting arts.  In the Book of Genesis, Abraham, took his 318 “trained servants” and rescued his nephew, Lot, from captivity.  These 318 men chased five armies and defeated them!2   What were they trained in? It would be redundant to say they were trained for their servanthood.  The inference is clear that they were trained in some sort of fighting arts.

Many people are familiar with King David.  David was a soldier — a warrior. Yet he is the only man the Bible says was a man after God’s own heart.3 David was also a musician who praised God in song saying, “Blessed be the LORD my strength, Who teaches my hands to war, and my fingers to fight.”4

David’s best friend, Jonathan, the son of King Saul, was also a warrior.  In one instance, except for Saul and Jonathan, the entire army of Israel had no swords nor spears made with metal.5  But Jonathan and his armor bearer defeated twenty men.6  What did the armor bearer use to fight with, empty-hand techniques, stick techniques?  We don’t know.

In one instance Jesus urged His disciples to buy a sword, apparently for self-defense against highway robbers.7

So we see that the practice of self-defense is not foreign to Biblical Christianity.

What about the Oriental religious influence of the arts?  Not all fighting arts come from the Orient.  Most cultures have developed some kind of fighting system. Not all of these systems have religious roots, although they all have a philosophy of fighting.

There are some martial arts which have what appears to be a mystical influence. These are things the Christian can and should avoid.  But there is nothing at all mystical about a punch in the nose or a kick to the shins.  Learning how to do so effectively is not mystical, and might be valuable depending on where you live.

My church and martial arts school are in a tough, urban neighborhood in Philadelphia. We cannot play games with our self-defense. It must be practical, easy to learn and perform, quick and effective.

At the same time it must be controlled, and be able to maneuver up and down the use-of-force continuum so the Christian can defend him/herself within the limits of the law, and more importantly, within the bounds of Christianity.

But we must be aware that no self-defense technique is effective 100% of the time. It is better to learn ten simple techniques that are based upon sound principles of application. If the principle behind the technique is based upon the anatomy and psychology of the attacker, it will have a high degree of effectiveness.8

Self-defense is usually broken down into steps for ease of learning. Some instructors use five steps, others six, but I teach a four step method.
1. Awareness
2. Prevention
3. Physical Confrontation
4. Recovery

Awareness is the first and most important step in all forms of personal safety. It is being cognizant of the potential for danger. You cannot successfully defend yourself if you are not aware that a potential for danger exists.  It is the practice of examining each situation you are in with an eye towards safety. It is always best if you can see trouble before it develops.9

This is consistent with Christianity.  The Bible tells us that our enemy, the devil, roams around like a lion looking for people to destroy.10  Christians are also exhorted to watch and be aware of many things, temptation, events of prophetic significance, etc.

Prevention is the step you take once you have determined that a potentially dangerous situation does exist. You then take action to either avoid or evade the trouble.11

This is in line with the Christian philosophy of fleeing trouble or temptation.12 We are exhorted in the Gospels and the epistles to run away from trouble in order to keep from entering into sin, thereby bringing trouble upon ourselves.  This includes turning the other cheek, and using a soft answer in response to anger.

There is no room for pride or machismo in the practice of good self-defense. Prevention necessitates an attitude that reflects the old adage, “he or she who runs away, lives to fight another day.13

Physical Confrontation is always our last resort.14  But is it Biblical? Where the Bible urges us to turn the other cheek,15 it also commands fathers to make provision for the needs of their families.  In fact, the Bible says that anyone who does not make such provision is worse than an unbeliever.16 Properly understood, the Bible does not contradict itself.

If we must turn the other cheek yet provide for the well-being of our families there must be a balance between these two precepts.

I firmly believe that a Christian must avoid physical confrontation as much as possible.  Yet there are situations when an aggressor simply will not stop his attack no matter how humbly a Christian accepts verbal threats and taunts.  When it becomes clear that simply absorbing a couple of punches will not break off an attack, what is a believer in Christ to do?  Allow himself to be beaten to the point of severe injury?

If the continued attack will incapacitate the bread-winner of the family to the point that he can no longer provide for the needs of his family, it is within the scope of Biblical Christianity to defend oneself. What if a man’s wife or children are being attacked? Should he simply stand there and do nothing?  I do not believe that is a Christian response.

If then a Christian is permitted to defend his family, the weak, and the innocent, would it not be better to learn the skills that will allow him to do so in a Christian manner? He need not take a person’s life in most cases.  He may not even have to inflict crippling injuries if he were trained with a biblical philosophy of self defense.

To that end I believe that a Christian should learn how to control an opponent using pain compliance. Pain compliance techniques are preferable to techniques which cause severe injury or death. This retains the Biblical teaching of the sanctity of human life yet permits the defender to effectively protect himself and his loved ones.

Study of traditional martial arts systems is good only as far as the instructors teach the underlying principles of the techniques in their systems. Even the practice of kata is a great tool, but only if the practitioner learns the principles contained within the kata.

After any confrontation, whether it is physical, verbal or just implied, there is still one more step in self defense: Recovery. The psychological and emotional “fallout” due to the stress produced by a confrontation needs to be dealt with properly.  When you are no longer in physical danger you must then take care of your emotional health.

Recovery might take the form of calling the police, or simply talking to a friend.  Maybe you will need medical treatment for injuries or rattled nerves, or possibly pastoral counseling. Whichever form recovery takes, it must certainly include re-evaluating the first three steps of self-defense to see if you made a mistake.17

Recovery is the practice of restoring the individual back to wholeness.  If Jesus is to be our example, we know that His earthly ministry included binding up the brokenhearted.18 This is surely in agreement with Christian principles.

The martial arts are also a good tool for teaching object lessons in Christian behavior, especially the aspects of spiritual warfare. Most believers are familiar with the list of spiritual armor in the epistle to the Ephesians, chapter 6.  Here we have Saint Paul using military idioms of his day to teach Christians about this warfare.

Any good educator will recognize and take advantage of teachable moments — those moments when events or circumstances around us present unique opportunities to clearly illustrate principles which are abstract. The practice of martial arts presents many such opportunities to the Christian sensei.