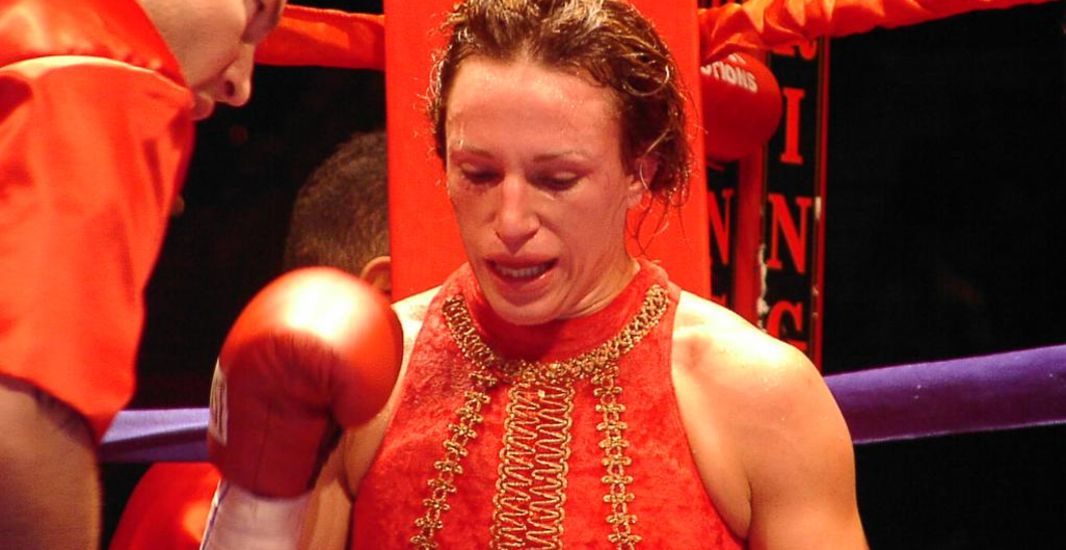 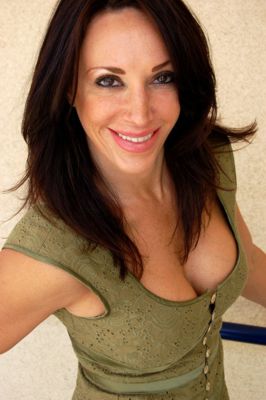 As a kickboxer Bridgett Riley lost only to Ramona Gatto, and to veteran Bonnie Canino (a defeat that she later avenged) in building an overall 23-2 record with 14 KO’s.

She twice defeated then-U.S. kickboxing champion Denise Taylor. The first time was in her own pro kickboxing debut; her second win over Taylor was by kayo, breaking Taylor’s nose on the way!

She recorded knockouts over Gina Hayes and over Canada’s Olivia Gerula, and a 7-round points win over Australia’s Stephanie Curtiss.

She has held world titles from the ISKA, the World Kick Boxing Association, and the International Kick Boxing Federation and compiled a 26-2 record with 14 knockouts.

She also suffered an unusual loss to Japan’s Fujiko Ishimoto in a “shootfighting” contest.

While living in Sherman Oaks, California, Bridgett Riley trained at the LA Boxing Club. She began her career as a pro boxer in 1994 by defeating Yvonne Trevino and went on to defeat Yvonne again in 1998 to win the IFBA bantamweight title. Later in 1998, she joined the growing stable of female boxers promoted by Don King Productions.

In two messages to fans about the “invisible” fight with Brenda Burnside in Madison Square Garden and about forfeiting the IFBA bantamweight title, Bridgett described her hopes for her future career. She explained why she felt that these developments, seen as setbacks by some of her fans, were in fact steps to “bigger and better things ahead” for her!

On March 16, 1999, the IFBA declared the bantamweight title vacant because Bridgett had declined to defend it within a year of her win over Aicha Lahsen.

On September 24, 1999, at the MCI Center in Washington, D.C. Bridgett advanced her pro record to 9-2 with a TKO at 0:48 of the first round over Donyale Williams of Ashtabula, Ohio on another card promoted by Don King. Williams, who has never made it through the first round of any professional boxing bout, fell to 0-4 in a fight that tested the bottom of King’s matchmaking barrel. Bridgett told us later that the match was confirmed at short notice and she knew nothing about Williams except that she was 0-3. “I just went in and did what I had to do”, she says. 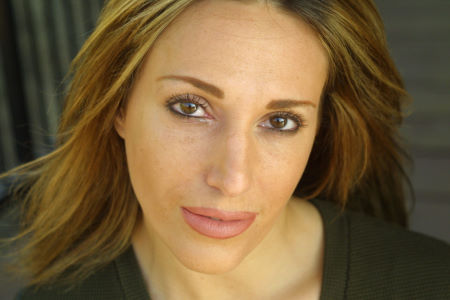 Bridgett was in the 1992 movie Triple Impact, with co-star Dale Apollo Cook and has been a stunt double for the lead actress on the TV series Martial Law. She was in the TV series of Mighty Morphin Power Rangers and WMAC Masters and is known for her  work on The Twilight Saga: Breaking Dawn – Part 2 (2012), Star Trek Beyond (2016) and Million Dollar Baby (2004).