I don’t like bugs or cockroaches and I don’t know why.

I don’t think they’re going to bite me or hurt me but I’m afraid of them and I’ll jump if they come near me. I hate stepping on a cockroach or crushing a bug and I can’t stand to hear them squash. When I take a tissue and pick up one that I think is dead and it wriggles I jump and drop it on the floor. I don’t like to feel it move.

Today I saw a cockroach climbing up the wall in my bathroom. I got a wad of toilet paper and started to crush it and it started to run as if it knew exactly what I intended to do. 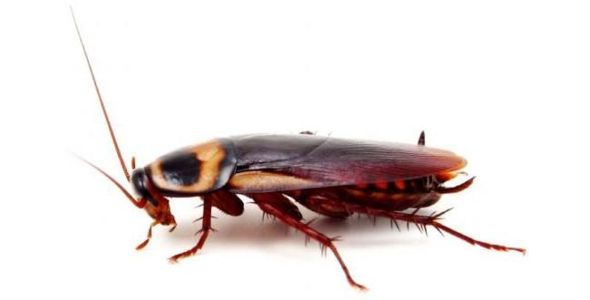 I tapped on the wall in front of it and it turned and ran in the other direction and so I tapped in front of it again and it stopped and turned and went hurrying off in yet a new direction. When I poised my wad of toilet paper in the air in a perfect position to strike he stopped where he was and sat still. It was as if he was readying himself to take the best shot I had to offer.

It was in this next moment that a strange thought came to me and with that thought tears actually began to well up in my eyes.

Why should a life, any life, even a life this small, stop living? And who was I to make that happen?

He must have sensed that I stopped my thoughts of killing him because he just sat as I stood, and we didn’t take our eyes off each other. As the seconds ticked away this bizarre stare-down made me wonder why this bug wasn’t as scared as I was. But then I realized I wasn’t thinking about the fear of the bug touching me or of me feeling it squash. I wasn’t thinking of anything that was happening right then, the feeling I was having was an extension of my fearful thoughts about how my life was going. I was afraid of how I was going to start up my business again and how scared I was that I wouldn’t be able to get back on my feet.
Here at a time in my life when I needed confidence more than ever, I was sensing fear.

After watching this cockroach crawl up my wall and run from certain death I got the impression that he feels the same fear I feel when I’m running up the walls I’m expected to crawl. I even watched him huddle underneath the medicine cabinet as he waited for the fate he felt was his, and I knew exactly how he felt. Because, I too, huddle beneath what I try to use to hide my faults and failures and I’ve felt, many times, just as this little cockroach must feel right now. I’m no different than he, because I too face each day under the threat of being crushed as I meekly hope for the success I once had.

And so there we were, both of us, huddling with our own fears and revealing them to each other, and in this way, we connected; this bug and I, and I’m still not sure which one of us got squashed.

You see … a stare-down between opponents is a mental thing.

Oh yes, if he and I connected physically I’d clearly see him to be the one to lose. But this thing we did today this stare down; this is a mental thing. Mental strength is rarer than bravery in battle, or physical power and size. We both knew this, the bug and I, and so neither of us budged as we waited and stood ready to lay it on the line.

I stood frozen in one spot with my right hand holding a wad of toilet paper, raised in the air and ready to strike. He twitched one of his antennas and then became absolutely still as if to say he would no longer run from me. As I watched his bravado, I thought: It’s not his fault he lives and walks here on my wall. He didn’t ask to be alive. He just lives, and so now why am I getting ready to squash him for being what he is?

I saw that very question in his eyes, “Why squash me“?

We stared at each other and thought our-not-so secret thoughts and the whole world seemed to stop as a shift was made in both our minds, and before I knew it, I was standing in his “shoes”. Suddenly, it all came clear to me. How wonderful it would be for him to go on and live a little longer. I don’t have to squash him now. Why make him feel the pain of life’s crushing force and put an end to a few more trips around this wall? I saw so much of my life passing before this bug’s eyes that I wasn’t able to bring this disaster down on him. Was it then, that I was the loser in that mental game I played today with the bug on the bathroom wall?”

No, you see, by giving him more time to live I gave myself more time as well. More time for what, I’m not sure. But, I hoped that the time I was given would be used for something more meaningful than running life’s walls and jumping at every sound or motion falling close to me. I refuse to spend my life hiding beneath some perilous ledge of life, staring out at what fear has made of me, how degrading that would be!

Well, by now I guess you know.

I’ve just let you in on how I lost in combat to this bug that slowly turned and triumphantly walked away. I’m admitting that I became afraid to come down on him just because I imagined by my not squashing him I kept some crushing force from coming down on me.

I guess I’ll never wear that ball cap that proudly says, “No Fear”.

But, neither will I have to come down on others and destroy something, or someone, just because I can; and maybe in time, I may lose the fear I have of something always about to come down on me.

Courage is to act in the face of fear and if there is no fear there can be no courage. This bug and I learned something valuable today. We both learned that life is too short to waste on the illusion of fear, “Fear knocked at my door and when I opened it, no one was there.”

The way to conquer fear is to open yourself up to what you think you fear and face it. To “face” a fear means to be extremely honest with yourself. Examine your fearful thoughts very close and learn the truth about yourself. It takes courage to enter into your deepest fears armed only with the faith that you can find your way out again. Psalms 46 tells us, “God is my refuge and strength, an ever present help in trouble. Therefore, we will not fear”.

E.E. Cummings wasn’t afraid of sensing his fears nor was he afraid of expressing it like this:

I should have been a pair of ragged claws
scuffling across the floors of silent seas
I measure out my life in coffee spoons
when I’m pinned and wriggling on the wall
Should I, after cakes and teas and ices
have the strength to force that moment to its crisis?
I have seen the moment of my greatness flicker
and watched the eternal footman hold my coat and snicker.
And in short…I was afraid.

Once we realize that fear is just an illusion we’re able to see that the only power fear has, is the power we give it. The presence of fear is everywhere; but I thank God that I’m not afraid.

Discover What You Have to Contribute