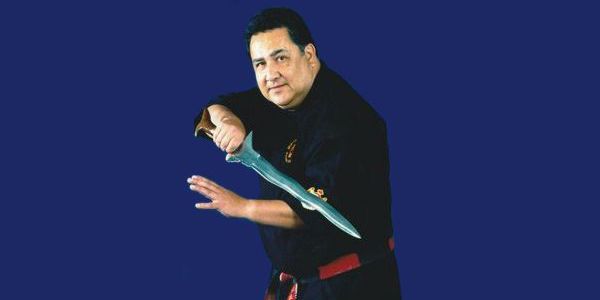 Professor James Muro has been training and having fun with the martial arts since the age of five. He holds several ranks in the arts, including 8th dan in Hawaii’s own Danzan Ryu Jujitsu, 8th dan in Kenpo Karate, 4th dan in Shorinji Ryu, 3rd dan in Judo.

More recently he has been training in the Inayan System of Eskrima, specifically Inayan Kadena de Mano, under Suros Mike and Jason Inay.
He is one of the founders of the Kilohana Martial Arts Association (formerly Pacific Coast Kilohana), it current President, and acting as the technical director and chairman of the standards board committee.

He is a charter member of Jujitsu America and has been a member of it’s standards board committee and has been awarded their “instructor of the year” (1981) and inducted to their “black belt hall of fame” (1984). He was the first to hold an organized “sport jujitsu” tournament in the U. S. And has been an official representative and international coach for the USA. in “sport jujitsu”. He was inducted into the international “hall of fame” as a “grand master instructor” by the World Head of Family Sokeship Council (2001). He was also inducted in the Hawaii Martial Arts Society Hall of Fame.

He is also a technical advisor to the Scottish Kempo Academy, and also the Small Circle Jujitsu International Organization (Prof Wally Jay founder). As of this writting – 2002, Prof. Muro has been appointed by Prof. Jaime Abregana as President of the Hawaii Martial Arts International Society.

He also acts as a technical advisor and sits on the standards board committee for the World Martial Arts Society based in Europe. He was selected world martial arts society “instructor of the year” (2001). And is a regional representative for Lua 0 Kihewalu Halau.

Also known as a healer, Professor Muro is a certified practioner and teacher of massage therapy and Seifukujitsu- Okazaki system.

Professor James Muro is known for his technical knowledge of the martial arts, he has combined all the various martial arts he has trained in to form a dramatic” island blend” or style of Ku’i Lima (fighting). He is a requested seminar instructor internationally but continues to be a “humble student “.

Chris Casamassa from Dojo to Hollywood