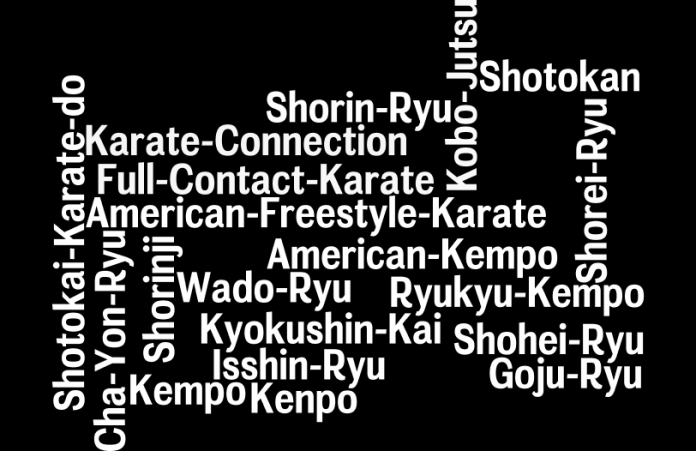 Karate can be described as a martial art, or fighting method, involving a variety of techniques, including blocks, strikes, evasions, throws, and joint manipulations. Karate practice is divided into three aspects: kihon (basics), kata (forms), and kumite (sparring).

The word karate is a combination of two Japanese characters: kara, meaning empty, and te, meaning hand; thus, karate means “empty hand.” Adding the suffix “do” (pronounced “doe”), meaning “way,” i.e., karate-do, implies karate as a total way of life that goes well beyond the self-defense applications. In traditional karate-do, we always keep in mind that the true opponent is oneself.

Present day Karate is categorized into four different parts, 1) physical conditioning, 2) self defense, 3) mental conditioning, and 4) sport karate. Although its origin is very obscure, a popular story prevails that credits the Indian Priest Daruma or Bodhidharma (525 A.D.) with its birth. However, other great men such as Hua T’o (190-265 A.D.), a brilliant doctor, and Yuen Fei, a popular general of the Sung Dynasty, (960-1275 A.D.) are also considered forefathers of Karate.

Karate was originally known as “Kenpo”, meaning “First Law”. From China it crossed over to Okinawa, where known as “Te”, it consisted mostly of hand movements. In 1923 the Okinawans changed the Chinese character to a Japanese character. Thus, the meaning changed from “hands of China” to “empty hand”. This transition assuredly brought about a deeper meaning to the art in which the spiritual overcame the physical.

Two experts form Okinawa, Kenwa Mabuni and Gichin Funakoshi introduced their techniques to Japan in 1916. Their aim was to promote Karate as a sport throughout Japan.

Before its introduction to Okinawa, many styles of the art existed throughout China. Each style or system was generally noted for a distinct feat – developing the tiger claw, butterfly kick, panther punch, etc. In addition, the various systems jealously guarded their techniques and trained in secret. Among the systems of Southern China stemming from the Shaolin or Shorinji temple, were Hung, Liu, Ts’ai or Choy, Li and Mo. Other Cantonese as well as northern systems have found their way to the United States.

In the last seven decades, the techniques have been modified into distinct Japanese styles – Shotokan, Shudokan, Waddoryu, Chitsoeryu and others. Many of these styles are currently taught in the United States and are often modified into styles more suitable to American methods of self defense. Thus the art of karate is constantly undergoing improvement and revision.