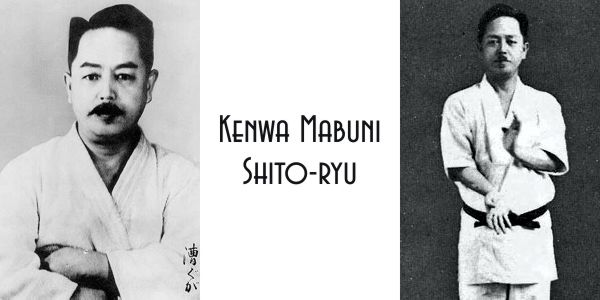 Karate has been taught outside of Japan for almost 40 years, and was exported to the rest of the world along both stylistic and organizational lines. By now, the names of most karate styles have become familiar to martial artists everywhere.

Of all the traditional karate systems shotokan, goju-ryu, wado-ryu, shorin-ryu, kyokushin, isshin-ryu, and shito-ryu among them shito-ryu remains the most obscure. Several of its leading practitioners, such as the charismatic Fumio Demura and the prolific Tour Hayashi, do have widespread fame, yet shito-ryu remains little understood outside its own schools. Shito-ryu had been most often described as a combination of shotokan and goju-ryu. It is also generally known that its teachers utilize formal exercises (kata) from many Okinawan sources. Unfortunately, such explanations fail to adequately describe just what shito-ryu really is.

In truth, shito-ryu, along with goju-ryu, wado-ryu and shotokan, is one of the four major karate systems of Japan proper (the Japanese islands excluding Okinawa). It was founded by Kenwa Mabuni (1899-1952), who, like most of karate’s old masters, was descended from Okinawa’s so-called warrior (bushi) class or aristocracy. Members of his family served Okinawan lords for hundreds of years. Mabuni started karate training at the age of 13 under Anko Itosu (1830-1915), the man who organized early karate in the Okinawan school system. Itosu was a student of one of Okinawa’s most famous karate masters, Sokon Matsumura (1792-1887), the forefather of shorin-ryu. Itosu took a strong liking to his young pupil and Mabuni learned some 23 kata before the elder man died. Itosu’s death so grieved Mabuni that he built a shrine in front of the master’s grave and stayed close by for a year, practicing his kata daily.

Itosu was not Mabuni’s only teacher, however. While still in his teens, Mabuni was introduced by his friend, Chojun Miyagi (the founder of goju-ryu karate) to Kanryo Higashionna (1853-1915). From Higashionna, Mabuni learned naha-te, a Chinese-influenced karate style. Mabuni also trained under the reclusive Arakaki-kamadeunchu (1840-1918), who taught a style similar to Higashionna’s. Arakaki also taught Tsuyoshi Chitose, the founder of chito-ryu, Gichin Funakoshi of shotokan, and Kanken Toyama of the shudokan school. Arakaki, who was an acknowledged bo (staff) expert, taught Mabuni the unshu, sochin, niseishi, arakaki-sai and arakaki-bo forms. During the 1920’s the insatiable Mabuni participated in a karate club operated Miyagi and Choyu Motobu, with help from Chomo Hanashiro and Juhatsu Kiyoda. Choyu Motobu, and was a master of shuri-te (the antecedent of shorin-ryu) and gotende, the secret grappling art of the Okinawa royal court. Hanashiro was also a shuri-te expert, while Kiyoda came from the same naha-te background as Miyagi. Known as the Ryukyu Tode Kenkyu-kai (Okinawa Karate Research Club), this dojo (training hall) was one of history’s gems. Experts from diverse backgrounds trained and taught there, and it was there that Mabuni learned some Fukien white crane kung fu from the legendary Woo Yin Gue, a Chinese tea merchant living on Okinawa.

By this time, Mabuni had become a highly respected police officer and made several trips to Japan after Funakoshi introduced karate there in 1922. Mabuni spent many of his early traveling years with Koyu Konishi, a friend and sometimes student who later founded shindo-jinen-ryu karate. In 1925 Mabuni and Konishi visited Japan’s Wakayama prefecture where Kanbum Uechi, the founder of uechi-ryu, was teaching. It was after training with Uechi that Mabuni devised a kata called shinpa. But Mabuni actually spent most of his time in Osaka, where he taught at various dojo, including the Seishinkai, the school of Kosei Kokuba. Choki Motobu also taught at Kokuba’s dojo. It was Kokuba who later formed motobu-ha (Motobu faction) shito-ryu. In 1929, Mabuni moved permanently to Osaka. Shortly thereafter, the Japanese martial arts sanctioning body, the Butokukai, pressured all karate schools to register by style name. At first, Mabuni called his style hanko-ryu (half-hard style), but by the early 1930’s shito-ryu was the official name. It was coined from alternative renderings of the names of Mabuni’s two foremost teachers, Itosu and Higashionna. Not everyone agreed with separating Okinawan karate into factions through the use of style names. In fact, shudokan headmaster Toyama questioned Mabuni and others about their use of what he called “funny-sounding names.” Mabuni countered at giving the style a name would not only satisfy the Butokukai, but would give people something they could identify with and feel a part of.

Among Mabuni’s earliest students was Kanei Uechi (not to be confused with Kambum Uechi’s son of the same name), who by 1935 was also teaching in Osaka. In 1950, Uechi returned to Okinawa and established the Shito-ryu Kempo Karate-do Kai. On Okinawa, Uechi is considered the true successor to Mabuni’s art, but internationally, Mabuni’s eldest son, also name Kanei, is acknowledged as the head of shito-ryu and runs the Shito-kai. Kanei Mabuni and his younger brother Kenzo head the karate programs at several universities, a task inherited from their father. Still other early students of Mabuni have their own distinct organizations and followings, Ryusho Sakagami, a contemporary of Kanei Mabuni, established the Itosu-kai just after Mabuni’s death. Sakagami’s son, Sadaaki, now oversees the Itosu-kai from the Yokohama area. In 1948, Chojiro Tani organized the Shuko-kai, where he taught tani-ha shito-ryu. Ever innovative, the Shuko-kai, under the present leadership of Shigeru Kimura in the United States, appears somewhat, different in technique from the other shito-ryu groups.

Since the 1970’s, several other shito-ryu factions have formed. Most prominent Hayashi-ha shito-ryu under Teruo Hayashi. Hayashi was a protégé of Kosei Kokuba and also trained directly under Mabuni. Hayashi became president of the Seishin-kai sometime after Kokuba’s death. For awhile, he co-led that organization along with Motobu-ryu style-head Shogo Kuniba. Together they integrated the Tamari-bassai kata into their systems. The assertive Hayashi even studied in Okinawa under Kenko Nakaima, head of the longtime secret family art of ryuei-ryu. Ryuei-ryu is derived from the same Chinese teacher who taught Kanryu Higashionna, a man named Liu Liu Kung. Another, younger member of the motobu-ha group, Chuzo Kotaka, established kotaka-ha shito-ryu in Hawaii, revising all the kata and devising many new ones which he taught to his American students. And in Europe, a tani-hashito-ryu student named Yoshiano Nambu broke off on his own, first founding the Sanku-kai and later the Nambudo. But possibly the world’s most famous shito-ryu exponent is Fumio Demura, a former sparring champion who has taught Itosu-kai shito-ryu in southern California since 1965.

Technically, the karate of most shito-ryu factions looks pretty much the same. Not surprisingly, there are minor differences in the kata between the various groups, mostly due to the proclivities of their founders. Regardless, all shito-ryu looks a lot like shorin-ryu in application. A long, linear, even its goju-ryu type kata (those derived from Higashionna) are preformed in a lighter, more angular and rangy fashion than they are in schools derived from naha-te alone. Shito-ryu is much like shotokan in that it relies heavily on the reverse punch and front kick. The style also seems to place a strong emphasis on sparring. In so doing, shito-ryu stresses speed, and fighting is generally initiated from a higher, more upright stance than shotokan employs. On the other hand, because the style has so many kata, a great deal of time is spent perfecting any one of its 40 to 60 forms.

Shito-ryu has never forsaken its Okinawan roots when it comes to kobujutsu (weapons arts). While Mabuni trained under weapons experts such as Arakaki, many of today’s shito-ryu teachers learned most of their kobujutsu from Shinken Taira, the man responsible for popularizing kobujutsu during a time when interest in this peculiarly Okinawan art was at its lowest. It seems that Shito-ryu schools were the most receptive to Taira’s art. Both the younger and elder Sakagami, Demura, Hayashi, Kuniba and Kanei Mabuni all trained with Taira at one time or another.

An Excerpt from Black Belt Magazine

USAdojo - January 31, 2015
We use cookies to ensure that we give you the best experience on our website. If you continue to use this site we will assume that you are happy with it.OkRead more