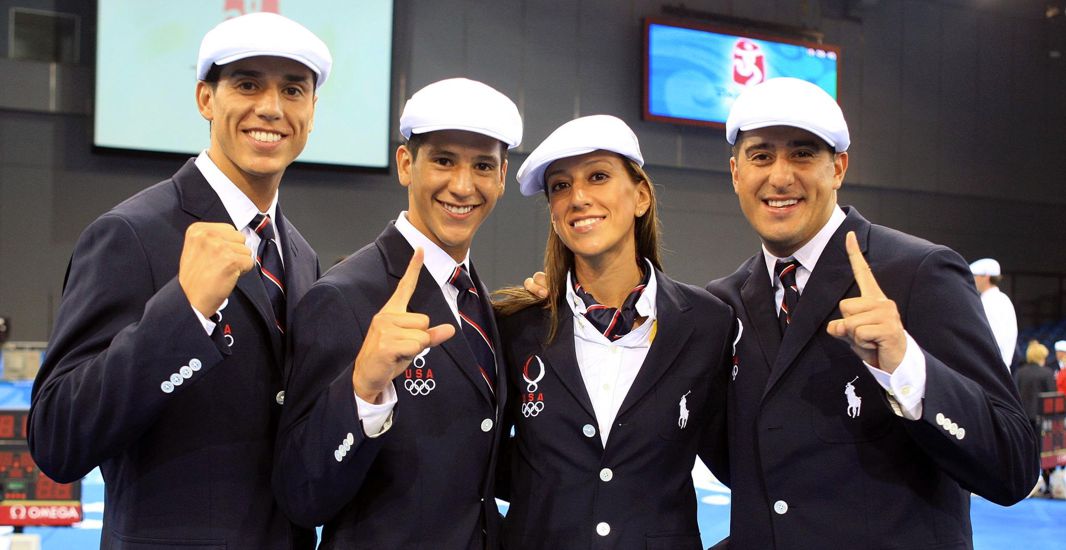 A lot of siblings fight. But Jean, Steven, Mark and Diana Lopez have been pounding each other continuously for years. At least now it’s about to all pay off: Steven, 29, Mark, 26, and Diana, 24, will be going to Beijing as three of the four-member U.S. taekwondo team—a Korean form of karate. Adding another twist to what has literally become the family business, big brother Jean, 34, will be their coach.

Not since 1904 have three siblings been on the same Olympic team. Moreover, all three, who each compete in a different weight class, have a better than even chance to kick and punch their way to the gold—which would be unprecedented. While this will be Diana’s and Mark’s first shot at the Olympics, Steven goes into competition the most decorated taekwondo athlete ever: winner of four consecutive World Championships and gold medals in Sydney in 2000 and Athens in ’04. “They’re all serious contenders for gold,” says Laura Stolpe, managing editor of Taekwondo Times. “This is something all three have trained for all their lives—and that desire shows.”

But why taekwondo? In 1981 father Julio, who with his wife, Ondina, emigrated from Nicaragua in ’72, enrolled Jean in a taekwondo academy near their home in Sugar Land, Texas. “I wanted them to have self-confidence and respect their elders,” says Julio, 65, a structural engineer who was inspired by the kung fu flicks of Bruce Lee and Chuck Norris. At first, remembers Jean, “it was really intimidating. Everyone was yelling and kicking. But once I started getting confidence in what I was doing, I fell in love with it.”

By age 12, Jean had earned his black belt in taekwondo and was well on his way to a black belt in family values. In addition to practicing, Jean was also expected to take care of his younger sibs, helping them dress, monitoring their homework and keeping them amused by playing endless hours of Monopoly, which was their passion. “My father has a CEO approach to raising a family,” says Jean, explaining that Julio provided the vision while leaving Jean to manage the day-to-day tasks.

Following in his brother’s footsteps, Steven began training with the same Korean master. Before Mark and Diana joined the fold, Jean, then 15, left the master’s gym to go it alone and practice in the family’s drafty garage next to their tiny three-bedroom home. During the chilly winter months, Mom, a homemaker, kept the place warm by running the clothes dryer. Jean and Steven worked out three times a day, starting at 5 a.m. Jean piqued the interest of the two youngest by letting them watch but not join in until they were 5 and 6. “I built the want,” he says. Sheer envy was also a spur. At age 13, Jean was already traveling the world for tournaments. “I always remember Jean calling collect to my mom, like from Brazil,” says Mark. “It sounded like he was having adventures. So we would run around the neighborhood and pretend we were in different parts of the world.”

At age 2, Diana broke her arm trying to imitate a taekwondo move she saw her brother Mark attempt. She was not deterred. Even though her parents worried about Diana participating in a full-contact sport that rivals football in roughness, “she wanted it,” says Ondina, 56. “There was nothing I could do.” Nor did Diana think she had a choice. “I grew up around trophies,” she says. “I thought I was supposed to do this.” While her big brothers may be protective of her away from the gym—boyfriends come under intense scrutiny—they spare her not at all in practice sessions, which may give Diana, who is considered the fiercest Lopez, an advantage. “She gets tougher and tougher because she has been training with all her brothers for years,” says Julio. “When she goes into the ring and fights with another girl, that makes a big difference.” Typically, a two-hour workout begins with stretching and builds in intensity—complete with guttural screams—to kicking and punching. “Jean makes sure each and every one of our workouts is more difficult than any match,” says Steven, who consumes 5,000 calories a day.

If there were an Olympics in family togetherness, the Lopezes might also win the gold. They all still live in Sugar Land; Steven and Diana have yet to move out of their parents’ home, while Mark lives nearby with his girlfriend, Dagmar Diaz, a member of the Puerto Rican national taekwondo team. Also close by is Jean, who has three kids with his wife, Tabetha. They train every day except Sunday, sometimes three times a day. When they’re not training they’re playing, either games or, in the case of Steven and Diana, occasionally out at nightclubs—where Diana carefully vets the women who flock to Steven (a PEOPLE bachelor in 2004). “People often ask, ‘Don’t you get tired of being together?’ and the answer is honestly no,” says Steven. “I feel lost any time we are away from each other too long.”

But they do tend to needle each other mercilessly. “They get on each other’s cases,” says Charlotte Craig, 17, the only other member of the U.S. Olympic taekwondo squad. “Then when it’s over, they’re all fine again.”

And at least one Lopez is already building the next Olympic dynasty, ca. 2016. Jean has begun coaching his 9-year-old daughter Alyxandra and 4-year-old son Diego (8-month-old baby Andres has yet to suit up). “We made history with Steven, Mark and Diana making the Olympic team,” says Jean. “But we are going to repeat it with my kids.”

Jamie Cashion: Will of Steel and Heart of Gold