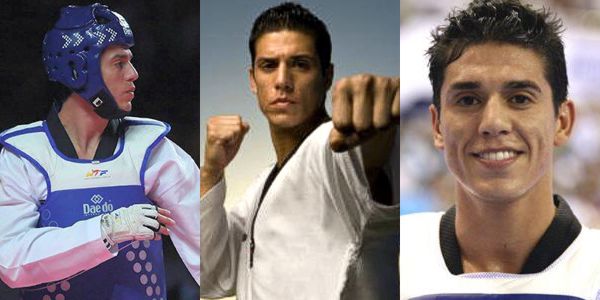 Lopez was born in Nicaragua, and moved with his parents to New York City in 1972. In his native country, his father, Julio, worked for the government of the then-President Anastasio Somoza. When President Somozawho was overthrown in 1979 after the Sandinista Revolution, Stevens father was forced to take odd jobs to support his family. Hoping for a better Life, Julio moved his family to Texas.At the age of five, Steven began studying the sport of Taekwondo from his father and Jean, his older brother. They worked out in the families garage.

Steven is a 1997 graduate of Kempner High School in Sugar Land, Texas where he was voted “most likely to succeed” and was member of the National Honor Society.

Steven comes from a family of martial arts competitors. His siblings, Mark, Diana and Jean Lopez (coach) are all USA National Team Members in Taekwondo. His younger siblings, Mark and Diana, also represented the United States at the 2008 Beijing Olympics. This marked the first time since 1904 that three siblings have been on the same Olympic team. In April of 2005 Both Lopez and his brother, Mark (men’s featherweight) and sister Diana (women’s featherweight), made sports history when they all claimed a world championship title at the same event (2005 World Taekwondo Championships). Their oldest brother, Jean, was their coach.

Lopez has appeared in People Magazine’s 50 Most Beautiful People.