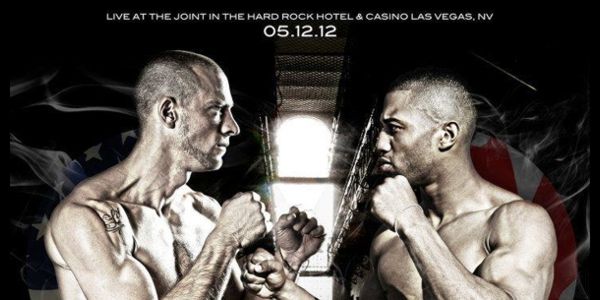 The first rocketing Muaythai show of 2012 took place at the world famous Hard Rock Hotel & Casino in Las Vegas, Nevada. With a sold out, and very diverse, crowd. The show was set in a club like atmosphere with attendees uniting together to watch this old extreme fighting sport. Muaythai continues to dominate arenas worldwide and controls the MMA game in today’s fight world. Muaythai has been gaining incredible ground in the last few years, mostly due to its fierce power that generates an excitement that audiences can’t get enough of.

The show at HardRock Casino promoted by Scott Kent of Lion Fight promotions, was a step up from the usual in Nevada or California, and the cards were well balanced, exciting, and full of rivalry.

In the much anticipated main event, things turned sour when young American champion fighter, Joe Schilling, came out bragging, and then experienced a bit of “Muaythai karma” and, as many had predicted, was easily knocked out by Canadian fighter and champion, Simmon Marcus. In an unusual turn of events for muaythai, Joe refused to accept defeat honorably and, like a “WWF fighter, he caused an embarrassing scene for himself and for everyone else in the ring. Joe pushed the referee and cursed in a manner completely against the principles of the great fighters that represent muaythai worldwide. The audience, although split on the turn of events, loudly took sides, making their views heard. The purse was a winner take all and the Canadian champion walked away smiling.

Muaythai is about respect for oneself and for others and not a joke or publicity stunt. The fights are hard and dangerous and anything can go wrong on either side. In a Muaythai fight , it is up to the referee in charge to take and keep control of the ring and to be aware of all aspects of the game. The referee must have full concentration and focus and his main job is to protect the fighters inside the four corners. Many felt this was not done in the Hardrock Casino main event. Either way, the decision was final after much talk and deliberation. 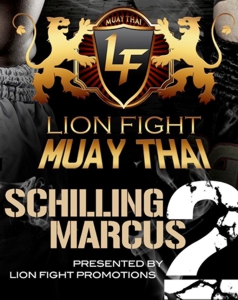 This coming weekend, May 12, 2012, Lion Fight Muay Thai VI: Schilling vs. Marcus II, is the rematch set to take place in the same venue, with a undercard made up of great fighters and, once again, the audience has been sold out. This rematch should be interesting and, hopefully, it will put an end to the bad blood caused by the previous event.

All of us in Muaythai, and those of us who love to watch the sport, need the United States commissions to take a good look at the real rules and regulations of the sport of Muaythai and to became unified in using those rules. Referees and judges, with the exception of a very few, are still naive about the sport. Promoters continue the age old practice of giving away champion belts for economic profit, often setting cards to booster ticket sales etc., and not to boost the actual sport. Also, there are too many web sites claiming to share knowledge on the fighters and the sport, but who are actually biased and promote their own interests. This is wrong and should be revealed.

Its time we all took a closer look at the masters of the ring in Lumpinee Stadium, Bangkok, and Thailand, the mecca of Muaythai, where the level of fighting is equal to a super bowl event every night. There, the referees are extremely professional and prepared to protect the blue corner or red corner, no matter what is happening outside the ring. In Thailand all aspects of the fight night are written down for future use and logged into a computer data base for future generations.

We need to get rid of the bully mentality so prevalent in MMA, and continue with the honorable path set by thousands of fighters throughout the world.

Muaythai is known as the sport of kings because of its history and specially because fighters have, for generations, made themselves known, not through their words, but by their actions inside the ring. This is a reason Muaythai fighters are respected as well as feared all over the fighting world in all levels of martial arts.

Paulo Tocha will be reporting on future issues from Bangkok in the next few weeks.