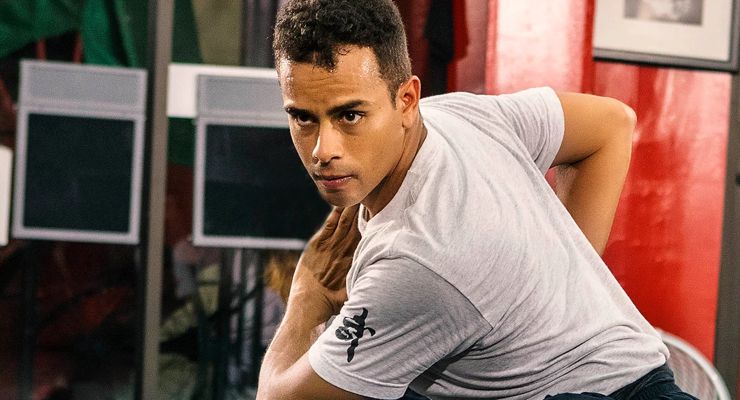 The Beijing wushu team’s visit to the US under President Nixon and secretary of state, Henry Kissinger, in 1974 left a remarkable impression of the greatness of wushu in the US that no one knew existed. Anthony Chan of San Francisco was most influential in bringing top caliber wushu to the United States, producing wushu videos and teaching it as the pioneer of wushu along with Roger Tung.

Coach Eric Chen moved from Connecticut to LA to establish the US Wushu Headquarters with Roger Tung in 1983 to put on wushu exhibitions in the opening ceremony of the 1984 Olympics. Anthony, Roger and Eric began bringing US training tours to Jiangsu with coach Wang Jinbao, Anhui with coach Chen Daoyun, and Beijing with coach Wu Bin from 1981. Eric has returned to train in China at least once a year for the last 30 years.

Eric also composed the international wushu competition compulsory routines with the experts in Beijing in 1999. Translated and recorded the voice over for the compulsory routine videos. He has conducted international judges and coaches training and exams for the International Wushu Federation and written the English IWuF by laws. Eric and Debbie hosted the first professional full contact US vs China sanshou bouts in 1999 and 2000.

In the summer of 2005, Matthew Osborne took his first wushu class with the National Wushu Training Center and despite the punishing work out, he instantly fell in love with the art. After only 6 months of seeing his passion and dedication towards wushu, Coach Eric decided to hire Matthew as an apprentice coach. For the next 4 years, Matthew would be completely immersed into the wushu world ingraining the 4 year black belt curriculum into his mind. As time went on Coach Matt would take on even more responsibilities teaching between both the Los Angeles and Huntington Beach schools.

Although the National Wushu Training Center was very successful in many endeavors it was not enough to hold back the growing recession. By 2008 the Huntington Beach school was lost.

While the Los Angeles school continued on, Coach Matthew Osborne would earn is 1st degree black belt in 2009, 2nd degree in 2010 and 3rd degree by May of 2011. During these years of growth Coach Matthew proved to be an invaluable asset taking on the teaching responsibilities of the entire school.

Throughout this time Coach Eric continued producing and stunt coordinating films. Kung Fu Panda, Pirates of the Caribbean II and III, Rush Hour III, Transporter I and II, Beverly Hills Ninja, The One, Legend of Bruce Lee, Mortal Kombat, Wind Talkers, Aztec Warrior and The Lost Coast Tapes are some of the credits from Eric’s Impact Stunts Team. Eric’s roots are always in wushu.

On July 5th, 2011 the Los Angeles branch of National Wushu Training Center was also closed. With the chance to rebuild from opportunities growing in China, Coach Eric decided to move to Beijing entrusting the future of National Wushu Training Center and it’s remaining students with Coach Matthew Osborne. Coach Matthew continues to adhere to the strict system Eric Chen had established years before.

In 2015 National Wushu Training Center temporarily closed its doors when Coach Matthew was hired to teach Wushu in Beijing. Unable to commit to the full 2 or 3 years that his employers wanted, Coach Matthew returned to the US at the end of 2015.

On June 3rd, 2016 the National Wushu Training Center had once more began operations, this time in the China Town neighborhood of Downtown Los Angeles. Coach Matthew Osborne continues to keep the legacy of Eric and Debbie Chen alive and the good work continues.

To contact Matthew Osborne and the National Wushu Training Center visit their listing on the Martial Arts Schools & Businesses Directory or FindADojo.com by clicking on the link on the left.

Benny Urquidez Inducted into the International Sports Hall of Fame 2019