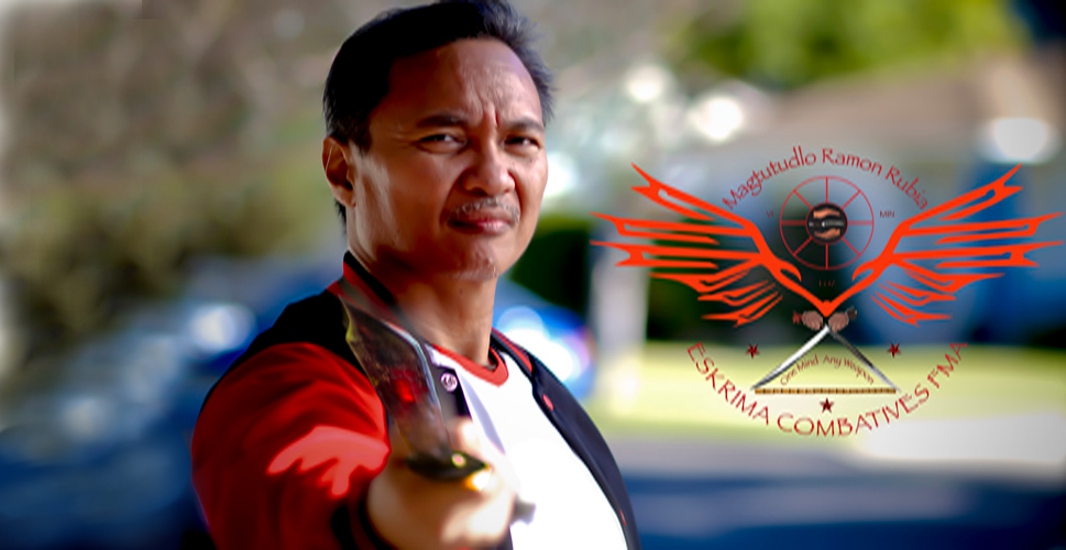 Ramon Rubia has been a student of the Martial Arts for over 25 years. He has trained and taught as an Instructor at the IMB Academy (International Martial Arts and Boxinng) under Guro Richard Bustillo from 1989-1998 experiencing the arts of Boxing, Muay-Thai, Lee Jun Fan Gung Fu, and Grappling.

He is the Chief Instructor of Doce Pares International, for the California Chapter (12PARESGROUP).

Ramon Rubia is a

He is a Researcher, Historian, and propagator of Indigenous FMA, having travel extensively to the Philippines (Cebu) since 93. He has sought out various leaders among the Filipino Martial Arts community in Cebu and trained with the TeoVel’s and Atillo Balintawak groups, in the Original Balintawak style of Sergio Arcel, in the Lapunti system of Ondo Caburnay, VICAR Self-Defense Club of Vicente “Inting” Carin, and in the Maranga family system.

He is presently promoting and propagating the indigenous FMA through local lectures and demonstration, in and out of state and internationally (Mexico, Spain, etc.).

Ramon Rubia is always learning, and continues to search out different methods and styles and to give credit where credit is due.

She is and Instructor of Doce Pares Eskrima, and is a 6th Black Belt (Doce Pares “Multi-Styles” System of Eskrima).

She has over 25 years experience in the Filipino Martial Arts.

She is a former officer in the Top Hands Society of GM Dionisio Canete, Cebu City, Cebu.

Eva Canete-Rubia is a 5 Times WEKAF WORLD CHAMPION in Sparring and Forms.

Eva formed Mambaling Eskrima Club, Cebu City, Philippines, and is one of the Instructors for the club.

Eva Canete-Rubia has taught Doce Pares Eskrima to various groups in the Manila area promoting, propagating, and perpetuating Filipino Martial Arts though the former Mayor of Muntinlupa, Ignacio Bunye now the spokesperson for the current President of the Philippines.

Doce Pares International, California Chapter is headed by Guro’s Ramon and Eva Rubia and they are the West Coast Directors of Doce Pares Eskrima and representatives of Grandmaster Dionisio Canete’s Doce Pares International Academy, Headquarters in Banilad, Cebu City, Philippines. The objectives of the organization is to promote and propagate, the historical, cultural, indigenous Filipino martial art of Eskrima from the Philippines through the curriculum of Doce Pares original “multi-style” system of Eksrima. This “multi-style” system effectively develops realistic skills for self-defense through methods that incorporate the various distances of attack whether it be close, medium or long range.

Our approach to teaching is different from other martial art disciplines. We develop coordination through weaponry training by utilizing rattan sticks in a variety of ways. We then apply the same movements or principles to empty hand applications.

USAdojo - February 27, 2017
We use cookies to ensure that we give you the best experience on our website. If you continue to use this site we will assume that you are happy with it.OkRead more