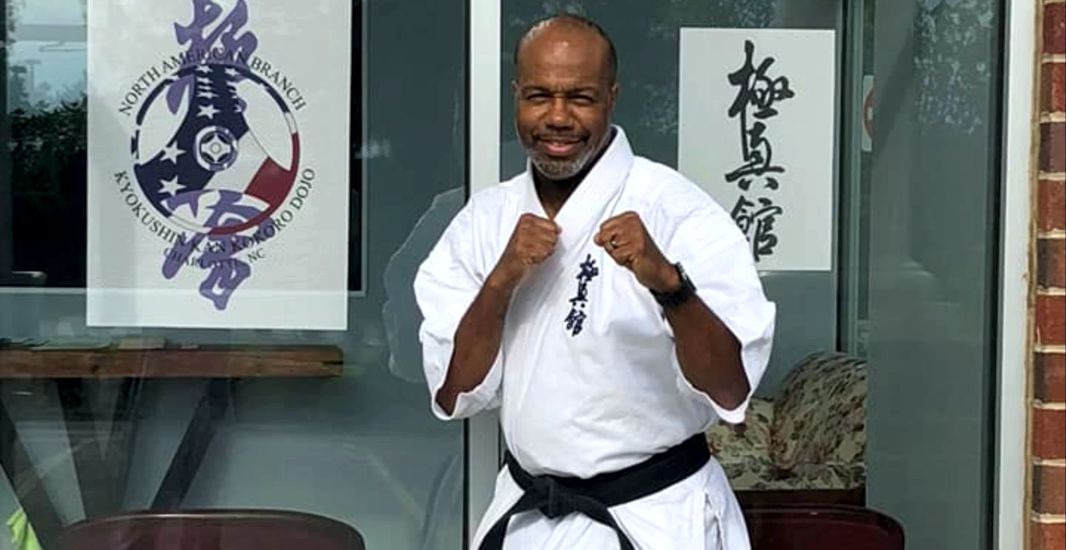 Sensei Randall Ephraim is a Yon-dan. He has been teaching in Charlotte North Carolina since 2007 when he arrived in the queens city. In 1974, when he was 11 years old, Randall Ephraim began training briefly in karate with Shihan Clyde Coy in White Plains, New York.

Randall Ephraim trained in Universal Goju in 1976 for approximately 18 months when he was 18 years old. hHe returned to train Wing Chun with Sifu Tony Watts for eight years, taking another break from martial arts to raise his young family. In 1995 Sensei Randall return to martial arts training and brought his son along to train with his old instructor Professor Toney Watts, who was then under the Sanuucus Ryu Jujitsu organization taught by the late Dr. Moses Powell. When Professor Watts closed his school, Sensei Randall decided to go back to his roots and returned to Oyama Kyokushin Karate. Sensei Randall studied under Shihan Mitsugu Sakai for 7 years and received his Black Belt in 2004.

As a competitor, Sensei Randall took 2nd place in the 2005 World Oyama invitational and in 2006 he took 1st place.

Sensei Ephraim move to Charlotte, North Carolina in 2007 with the help of Sensei William Brown of Kyokushin Organization has been teaching at the Bushiken Karate Charlotte Dojo since then.

On January 3, 2018 around 9:00pm a would be kidnapper by the name of August Williams chased his female victim into the Bushiken Karate Charlotte Dojo and the kidnapper came face to face with Sensei Randall Ephraim, who was cleaning the school.

Sensei Randall explains to CNN, “There were still some kids in the dojo being picked up by parents and a couple of adult students cleaning up when a young lady came through our doors and stated that someone was trying to harm her.”

“Shortly afterward, a big male entered the building. Not knowing what he wanted, I assumed he was inquiring about classes.”

“I asked how I could assist him and he stated that he was there for the lady. She insisted that she did not know him and tried to kidnap her.”

Sensei Randall continued, “He then tried to force himself further into the dojo, aggressively pushing and swinging.

I then went into action defending myself and got him out of the dojo. Once outside he attempted to attack again and was dealt with accordingly.”

Police arrived and August Williams attempted to get physical with them as well, but his assaulted was thwarted. Williams was detained, carried away on a stretcher and taken to a local hospital for his injuries. His condition is unknown at this time.

To Contact Sensei Randall Ephraim or the Bushiken Karate Charlotte Dojo visit their listing on the Martial Arts Schools & Businesses Directory or FindADojo.com