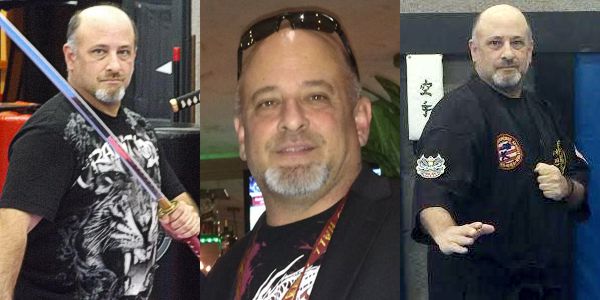 Master Rick St Clair began his martial arts training wen he was 12 years old. He achieved his Black Belt in Moodukkwan Taekwondo May 21, 1981. He continued his training, not only in TaekwonDo, but he crossed trained in Hapkido. He has currently been in the martial arts for 41 years and continues learning from his Grandmaster Danny Zaino as well as from friends and students. Rick holds a 7th Dan in MooDukKwan TaekwonDo, a rank he received on March 19, 2014 from Grandmaster Zaino.

Rick St Clair has owned and operated his martial arts school, St Clair’s Taekwondo, in San Francisco since 1993. His school is located at 3035 Taraval St., SF 94116. To contact the school call 415-665-8684. He is also a  distributor of the TRADITIONZ clothing line for Lady Dragon Cynthia Rothrock and Don The Dragon Wilson.

USAdojo - October 18, 2016
We use cookies to ensure that we give you the best experience on our website. If you continue to use this site we will assume that you are happy with it.OkRead more