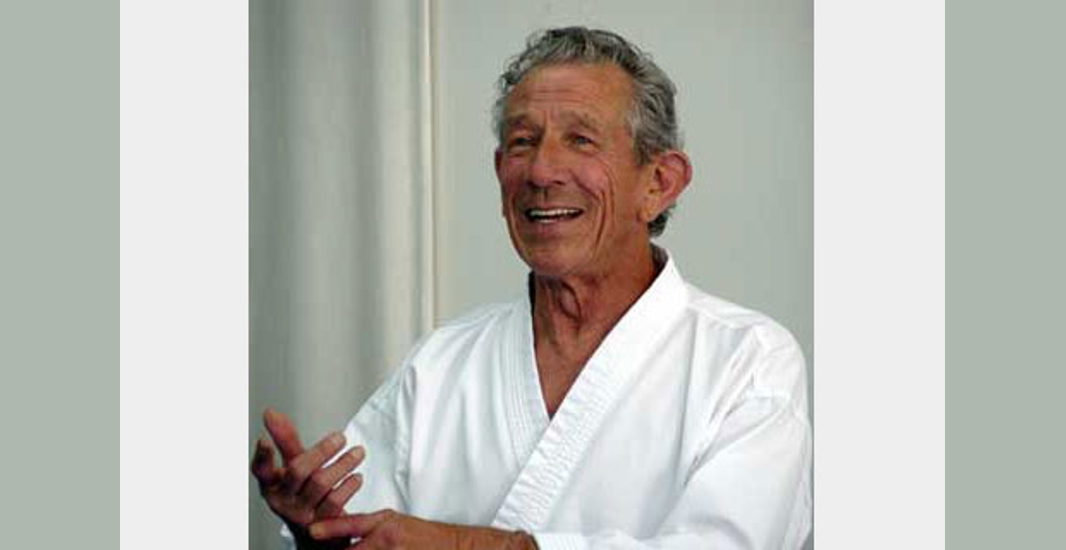 Robert Nadeau, Shihan, is a key figure in the growth and development of Aikido in America. He began his martial arts training in the 1950’s, studying Judo, Karate and defensive tactics as a police officer in Redwood City, California and in the US Marine Corps. He also studied yoga and bodybuilding in the 1950’s with Walt Baptiste in San Francisco.

In the 1960’s Robert Nadeau left police work and traveled to Japan to study as a personal student of Aikido founder Morihei Ueshiba. During his years in Japan he received personal instruction from the founder in the spiritual, philosophical and energy aspects of Aikido.

Robert Nadeau returned to America to teach, in the first of his three schools, in Mountain View, California. He also founded schools in San Francisco and San Jose. Starting in the 1970’s his work brought Aikido concepts into the fields of psychology, bodywork, business, sports, art and many other areas. This included numerous seminars at the Esalen Institute and other personal growth centers across the country and abroad. His work is featured in more than a dozen books by well-known authors including: Michael Murphy (founder of Esalen), George Leonard and Dan Millman.

Robert Nadeau has trained or influenced several generations of Aikido teachers in America, Europe, Russia, Israel and New Zealand. His approach to martial arts training transcends technique to give students something applicable to daily life and to aid in self-transformation.

Nadeau Shihan co-founded the Aikido Association of Northern California (AANC) and the California Aikido Association (CAA), which is affiliated with the Hombu Dojo, World Aikido Headquarters, Tokyo. He was awarded the title of Shihan (master teacher) by Moriteru Ueshiba, Grandson of the Founder (aka Doshu). He is currently ranked eighth dan. He teaches at City Aikido of San Francisco, Aikido of Mountain View and Aikido of San Jose. He also teaches seminars around the world.

On a trip to Japan in 1998, Robert Nadeau was recognized by the founder’s son, Kisshomaru Ueshiba, for his contribution to the spiritual focus of Aikido.

He is particularly interested in the spiritual aspects of the art, using Aikido as a process of expanding consciousness.