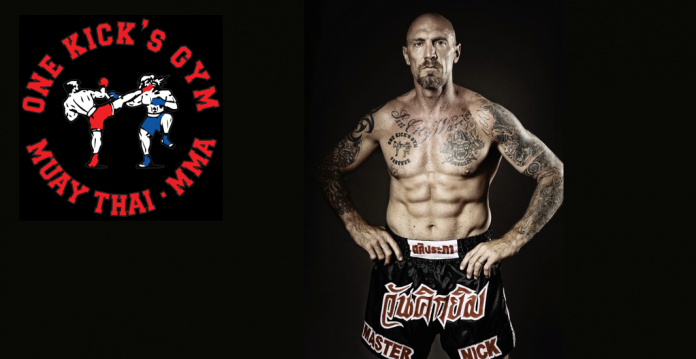 Nick Blomgren is known all over Vegas as one-kick Nick. Those who train with him say he’s the toughest guy in town, a reputation that brings some of the biggest names in the mixed martial arts game to the city of lost wages. These champions of the cage and ring seek One-Kick Nick out not for a showdown, but for a tune-up.

“Some of the best known mixed martial art fighters in the game come to me for training,” said Nick Blomgren.

Blomgren founded One Kicks Gym in 1993. With more than 25 years of martial arts experience under his black belt he has trained over 8 world champions in Muay Thai, MMA, and NHB. Mixed Martial Art  superstars like Ray Sefo, Dewey Cooper, Alfie Alcarez, Chuck Liddell and UFC contender Phil Baroni have all turned to Blomgren to sharpen their fighting skills.

Blomgren is a well versed mixed martial arts fighter himself, but the reason why these 21st Century gladiators seek out “One-Kick” is because of his superb defensive skills.

“I’m known for my defense,” said Blomgren. “A lot of guys are good punchers and have excellent offensive skills but need some work on their defensive skills, especially when it comes to rolling with a punch.”

Blomgren went on to explain that even some of the game’s best fighters get that “deer-in-the-headlight” look when they see a punch coming at them. Instead of reacting and rolling with the punch to diminish its impact, they freeze for a split second subsequently taking the full impact of the punch.

“There are a lot of fighters that don’t have sharp reflexes when it comes to avoiding a punch,” said Blomgren. “If you can’t roll with the punches eventually you’re going to get tagged.  I stress defense and conditioning. I’ve designed a handful of exercises to sharpen a fighter’s reflexes so that instead of taking the full force of a punch he can slip it or allow most of the impact to slide off to the side.”

Regardless of who Blomgren is training he makes it very clear that he is the man in charge; it doesn’t matter what a fighter’s marquee value is, when that guy steps into One-Kick’s domain there is only one chef in the kitchen.

“Regardless of who I’m training, I’m in charge and I run a very physical program,” said Blomgren.  “And most of these fighters want that. They’re here to get ready for a big fight, usually a championship and they know in order to win they’ve got to be in better shape than their opponent. My job is to help them achieve that goal.”

From slap drills to leg checks and take downs Blomgren has something in his mixed martial arts bag of tricks for every fighter. His primary goal is to build up a fighter’s reflexes so that he or she can avoid being on the wrong end of a potential haymaker.

“A professional fighter has got to feel something, so in my slap drills they will get a little smack on the face if they miss the drill,” said Blomgren. “It’s better for them to get a love tap in my gym than to be on the receiving end of a power punch in the ring.”

Blomgren stresses combinations off a block or pick. These lethal returns have been the key to many a fighter’s victory.

“I like my fighters to pick off a punch then return a punch, usually a solid body shot,” said Blomgren. “Usually the guy that just punched leaves his body open for a second and I show fighters how to check that blow with an elbow then return a solid shot to his opponents ribs, which sets up a power punch to the face.”

Blomgren says that the biggest mistake most fighters make is looking too far ahead-instead of concentrating on beating the guy in front of them, they often are thinking about the next fight.

“When a fighter starts thinking, ‘okay I’ll beat this guy then I’ll move on to the next guy’ often they’ll treat the person their fighting at the time as a mere interlude to their next fight that may be with a bigger name opponent,” said Blomgren. “You’ve got to give every opponent respect because if they’ve trained harder than you the fight could end with them having their hand raised by the ref at the end of the match. The key to winning is to never underestimate your opponent, train hard and focus on the fight that’s in front of you not the one that’s coming up.”

Mixed martial arts competition was tailor made for One-Kick, a well versed fighter in Muay Thai, Boxing, and Grappling, Blomgren loves to mix it up in the ring. This unique full contact sport allows Blomgren to bring all of his martial art expertise to the table.

“Mixed martial arts has really raised the level of competition; it’s like a street fight,” said Blomgren. “I love training guys in mixed martial arts because there are so many dimensions to work from. It’s not just boxing where you block or slip the punch you also have to worry about that guy taking you down. Then you’ve got to know what to do once you’re on the ground, in short, you’ve got to be prepared for anything.” 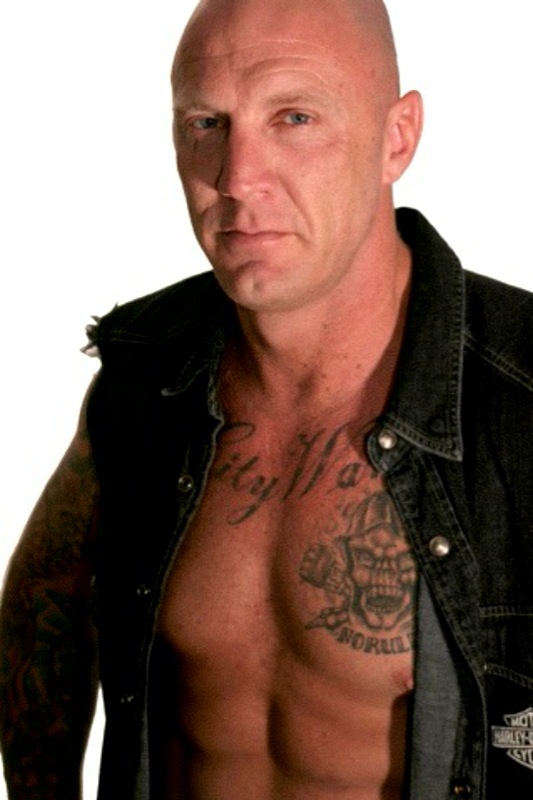 This form of street combat is well suited for Blomgren’s other career as a bouncer. For more than a decade he has been a fixture at some of Vegas most famous and most notorious strip clubs.

“I’ve bounced at some of the roughest clubs in Vegas,” Blomgren admitted. “Knowing mixed martial arts comes in real hand when working the clubs. Sometimes when a guy’s been drinking all night he might want to take a cheap shot at you so it’s important to be sharp and to know how to handle people in a variety of ways. I haven’t had to serious lay hands on anyone for a while, but there are times recently when I’ve had to spin someone into a naked choke or a come-along and walk them outside.”

In the old days a lot of pimps and drug dealers would hang out at the strip clubs and it was Blomgren’s job to 86 ‘em. Things got hairy on more than one occasion but One-Kick Nick always came out on top, earning him a reputation as one tough dude.

Today Blomgren works at Scores a high end Gentleman’s Club that caters to the high-rollers and big spenders.  Gone are the days of pimps and drug dealers being ushered out the side door and into an alley.

“The clubs today are a world apart from the clubs I worked ten years ago,” said Blomgren. “In the old days we wouldn’t allow unaccompanied women into the clubs today couples come to the clubs, women come in groups having a party or by themselves and although it can get rowdy sometimes it’s nothing like it used to be. Now strip clubs are more like a night club, its very mainstream.”

Another aspect of Blomgren’s life is his music. He began playing the drums at age 11 and has been banging away ever since. Teaching martial arts took president over his music even though he always longed to do more with his music. His dream came true and it all started with a mixed martial arts event in Louisiana.

“Chuck Lidell was fighting in Gulf Port at a casino and the casino was having a talent contest,” recalled Blomgren. “So for kicks I entered it, sang a song and everybody loved it and wanted more so I did another. It was then that I decided to jump back into music in addition to training fighters.”

With that in mind, Blomgren wrote a handful of original songs and hooked up with a record producer and the rest is rock’n’roll history, or at least Blomgren hopes it will some day be that and much more.

Even if he should eventually reach rock and roll star status, One-Kick-Nick will never trade in his wraps for a microphone. For more than 30 years the martial arts has been his life and his love for teaching and training will forever be a part of what makes Nick tick.