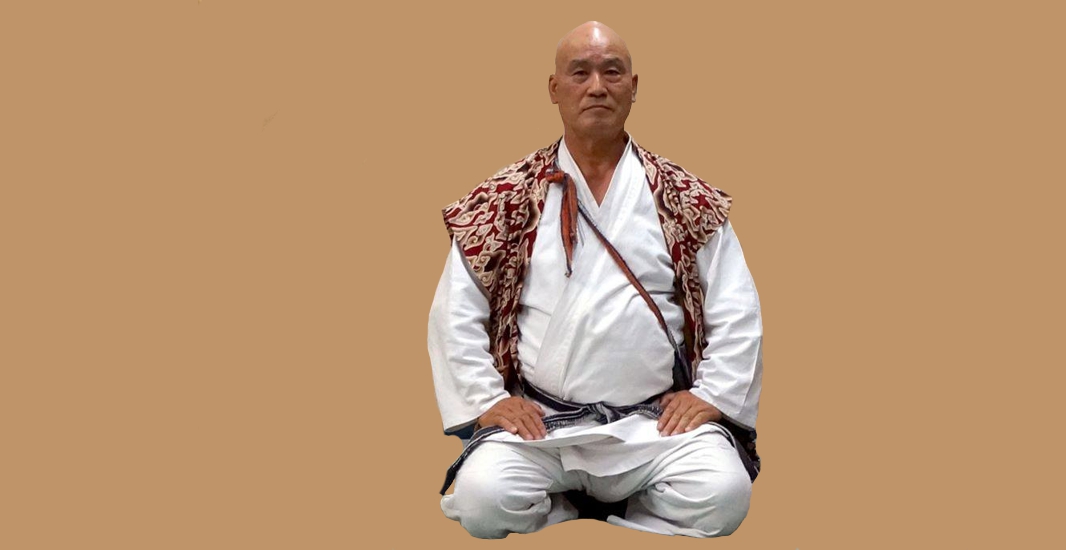 The Obata family originally descended from the Heike clan. Of Samurai family lineage, Obata Toshishiro was born in Gunma Prefecture, Japan in 1948. Mr. Obata is a descendant of Obata Toramori, who served as a general and strategist (one of the famous 24 strategists) for the Takeda family during the civil war, Sengoku era. Toramori would become the lord of Kaizu Jo (castle) in Shin Shu (Nagano) province.

At the age of 18, Mr. Toshishiro Obata was accepted as an uchi deshi (live in student) at the Yoshinkan Aikido Headquarters in Tokyo under the direct instruction of the founder Master Gozo Shioda. For 7 years Mr. Obata served as an instructor at the Yoshinkan, several universities, the Metropolitan Riot Police and the Japanese Self Defense Army.

Looking to expand on the sword work taught in Aikido training, the young Obata cross trained in several other studies, including Yagyu Ryu Swordsmanship under the twenty first generation Soke Yagyu Nobuharu, and the study of Zen with the members of the Shiyukai. However, as an uchi deshi he was not able to pursue other arts seriously and as a result left the Yoshinkan in 1973.

After leaving the Yoshinkan, Mr. Obata joined the Tokyo Wakakoma (an elite group of martial artists, who serve as fight scene choreographers, actors and stuntmen for Japanese television and movies). Through the experience with the Tokyo Wakakoma and the martial arts connections made during this time, Mr. Obata was able to seriously study classical sword arts as well as other Budo (Japanese war arts) while concurrently developing skills as an action coordinator and actor. He was named Bushido Shihan of the Tate dojo (internal to the Wakakoma) and led instruction in Bajutsu (archery from horseback), Yoroi (the wearing of traditional clothing and armor), Yarijutsu (spear) and Naginata (Japanese halberd).

In 1980, Mr. Obata came to the USA to pursue the development of his career as an actor and stunt choreographer. After 10 years as the Soke (Chief Instructor) of the USA Toyama and Nakamura Ryu Battodo Federation, Mr. Obata redirected his efforts into developing the fundamentals of the sword art “Shinkendo” – a system based upon his vast experience, knowledge and historical research.

Today the International Shinkendo Federation is an organization dedicated to teaching the techniques and philosophy of true Japanese swordsmanship. In 1996, Mr. Obata went on to found the Aikibujutsu Tanren Kenkyukai, a research and practice organization of Bujutsu/Budo ranging from the earliest forms of Aikijutsu to modern Aikido and Taihojutsu (control & arresting arts that are tailored for use in the law enforcement and security fields). Both are organizations, which Mr. Obata formed in order to develop and emphasize traditional and effective technique, which with serious training imparts practical ability as well as a deep understanding of classical Japanese martial arts.

Mr. Obata’s lifelong dedication to Japanese Budo (traditional martial arts) has made him an unrivaled authority in the techniques, history and philosophy of the ancient Samurai. In effort to share his knowledge and experience with others, Obata Kaiso often takes time away from the Hombu (headquarters) in Los Angeles, California to teach seminars at his branch schools in other parts of the world. The knowledge and training that he has been able to pass on to his students and instructors has allowed the organization to grow a strong foundation. Today over 60 international branches teach Shinkendo and Aikibuken.

When not instructing classes or on the road teaching seminars, Mr. Obata is busy in the film industry writing screenplays, working as an action/stunt choreographer and acting (appearing in movies such as Black Rain, Rage & Honor, Rising Sun, Demolition Man, the Shadow, Showdown in Little Tokyo, and the Hunted).

Mr. Obata has had the honor to receive instruction under renowned martial arts masters who have been specialists in their respective fields, including:

Other credentials and experience include:

In an effort to make his knowledge and experience available to others, Mr. Obata has written the following books:

Throughout his film career in Japan and during the last 20 years that he has lived in the US, Mr. Obata has acted and directed choreography in the following films: