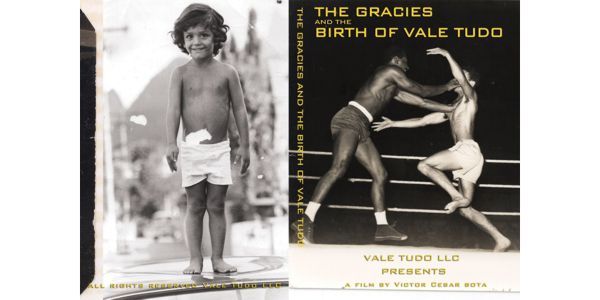 The term Vale Tudo comes from the name of a television show that aired in Brazil starting in the 1960s. The show was a telecast of style-versus-style fights hosted by Hélio Gracie, which later became a Brazilian Jiu-Jitsu tournament followed by the victor fighting an invited opponent of another style in a vale tudo bout.

The Vale Tudo, also called luta livre, became very popular in the sixties and enabled the Gracie Family to establish its domination over hand to hand combat.

Vale Tudo is Portuguese for “anything goes”. The term describes unarmed, no holds barred competitions where the outcome of the fight is decided by knock out or submission. Vale-tudo has minimal rules and the competition takes place in a regular boxing ring. This term was used up until the modern day “mixed martial arts” term was coined for this style of competition.

Vale-tudo is sometimes considered a combat sport and style of fighting in itself.