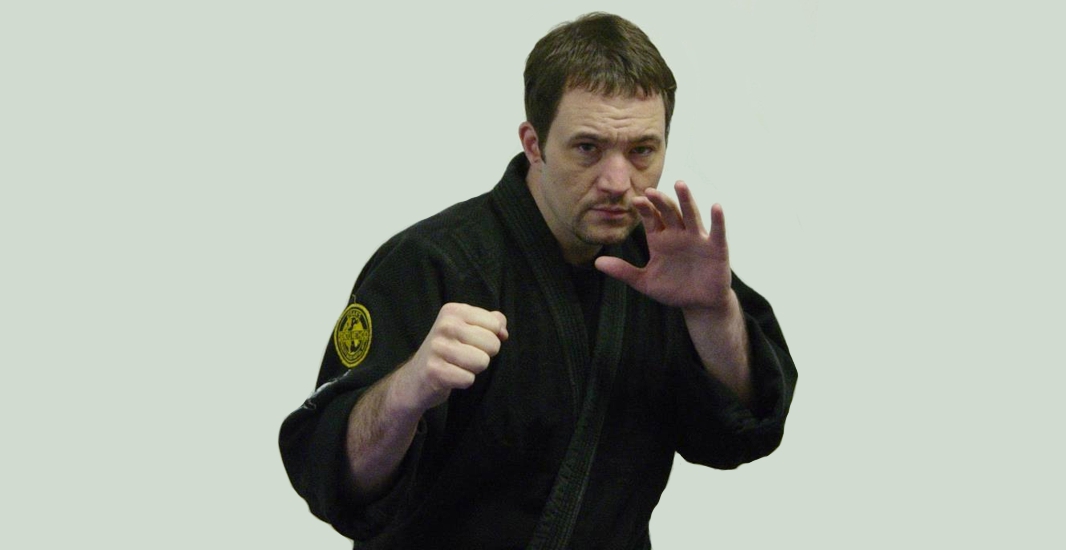 Walt’s grandfather was a high level military officer who studied several martial arts in the orient and abroad, he was also a competitive wrestler and boxer. His Uncle was a member of the Army Special Forces “Green Beret” and skilled in boxing, Judo, and Ju Jitsu.

His father is an accomplished martial artist, Hall of Fame member, former competitive boxer, arm wrestler, and power lifter. He has served as a body guard to several Hollywood celebrities and is considered by many as a pioneer and innovator of Reality Martial Arts.

His brother Charlie is ahigh level martial artist, strength and conditioning coach, and one of the original Iron Mind Captains of Crush. Many other members of the family are accomplished martial artists, instructors and fighters.

Shihan Walt Lysak Jr. is the founder of the Sento method and co-founder of iCAT (Integrated Combative Arts Training) with Joe Lewis and Richard Ryan.

Shihan Walt Lysak Jr. has served as a combatives instructor for the Army Special Forces (the Green Berets). He is also a ground combat and combative adviser for Joe Lewis Fighting Systems.

Shihan Walt Lysak Jr. has been a featured teacher and presenter at some of the world’s best martial arts training camps and events including;

Star of more than 50 Instructional DVD videos
Author of several books and manuals on self-defense and martial arts
One of the Primary featured Professors on RMA College www.RealityMartialArtsCollege.com
Magazine / Media Exposure

Shihan Walt Lysak Jr. has been featured in top martial arts magazines including;

Although he is renowned for his knowledge in reality martial arts he is also a pioneer in the New England area for MMA and Submission Style Fighting. He was there at the beginning as a VIP Guest in November 1993 at Mc Nichols Sports Arena Octagon Side at the first ever UFC (Ultimate Fighting Championship). He was also a key figure in the early development and growth of other quality MMA and Submission Grappling Organizations. Even though he focuses on street real training, his love and support of MMA has never died. He held a string of successful events called the “American Grappling summit” in the “90’s” which featured Champions from the UFC and other major events. He also is a strong advocate on how valuable MMA training is in order to develop street real skills. He is one of the most knowledgeable coaches and technicians anywhere.

You can see Shihan Walt and Charlie in the corner of Maurice Smith along with Frank Shamrock at UFC 14. When Maurice Smith won the World Heavyweight Championship, as well as UFC 15.

He was a National Coach of Olympic Pankration (Along with Ken Shamrock, Bart Vale, Keith Hackney, Sheldon Marr, Dan Severn, Maurice Smith and others)

Has judged, refereed, cornered, coached and even promoted championship MMA fights across the USA and abroad (at events such as the UFC, IFC, WEF, WAKO Kickboxing and MMA, MASS Destruction, Reality Super Fighting, and Many more)

Here is a list of some of Shihan Walt Lysak Jr. accomplishments

To contact Shihan Walt Lysak Jr. and Sento Mixed Martial Arts Academy visit their listing on the Martial Arts Schools and Businesses Directory by clicking on the image on the left.

USAdojo - January 15, 2005
We use cookies to ensure that we give you the best experience on our website. If you continue to use this site we will assume that you are happy with it.OkRead more