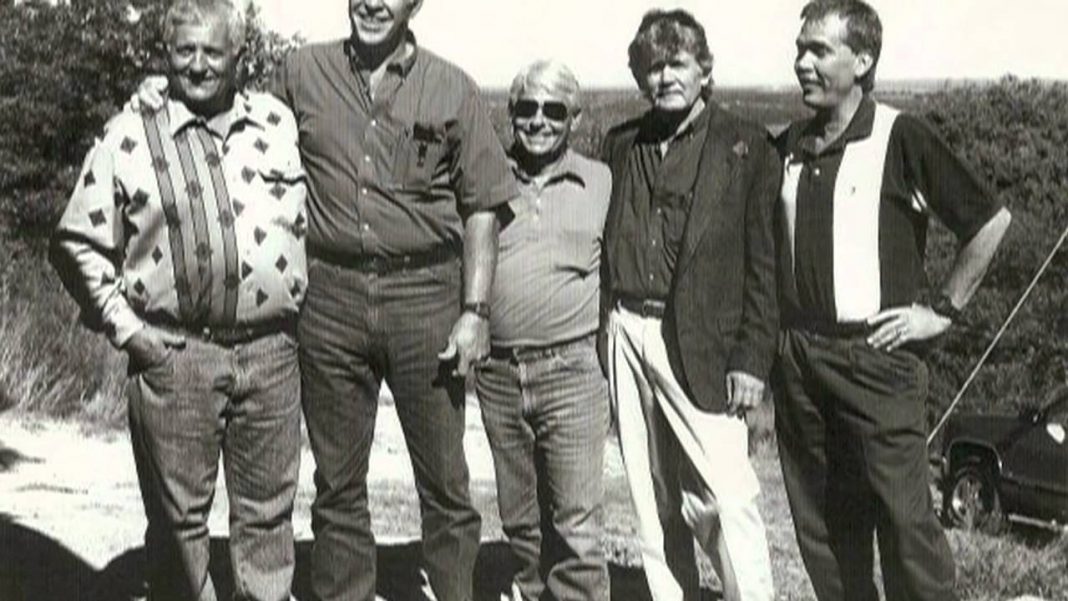 A great man and a true martial arts legend passed away Friday, Grandmaster Larry Caster. He was one of the original karate greats from Texas, back in the 1960’s when Texas Karate was the King of US Karate and he trained and mentored some of the greatest fighters in Texas history, including Raymond McCallum, Ishmael Robles, Roy Kurban, Phil Wileman, Demetrius Havanas, Joy Turberville, Tim Kirby, and his two sons, Scott and David Caster. Grandmaster Caster was one of the toughest, but nicest guys you would ever meet in Karate and was in inspiration to thousands of people over his 45+ years in Karate.

I worked with Larry Caster in the late 1980’s on several karate fights I put on for National Cable TV in Dallas. At that time the Great Billye Jack Jackson was fighting on my card and Larry did a fantastic job of describing Jackson’s destruction of his opponent, but we had the fights at a nightclub in Dallas, called Monopoly’s and the atmosphere was a little too wild for Mr. Caster, more like a “party crowd” than a kickboxing crowd and to boot a Texas cowboy party crowd that got a little out of hand and Mr. Caster made it clear that he wanted things to settle down and with a few firm words of wisdom to the crowd, they began to behave much better, probably out of fear more than anything else. He had that kind of presence. He was always fun to be around and the last time I saw him was at his son’s dojo, where he was raising money for a missionary and was doing a seminar with the one and only Troy Dorsey.

“The champions who have been coached by Larry Caster are a mini-who’s who in their own right and include people such as Roy Kurban, Joy Turberville, Raymond McCallum, Demetrius (The Golden Greek) Havanas, Ishmael Robles, Phil Wilemon, Billy Jackson and this writer, Ted Gambordella, just to name a few. Demetrius Havanas, the Golden Greek, leads a parade of tough Texas martial artists who consider Mr. Caster as the one who began molding them and spirited them to whatever success they might have accomplished.

David Caster and Duane Ethington
Larry Caster was the coach of the first Texas Full Contact team which featured Roy Kurban and Demetrius Havanas and the the first team to beat Benny (the Jet) Urquidez’s Los Angeles Stars team. Some of Mr. Caster’s other accomplishments include appointment to the Board of Directors of Chuck Norris’ International Council of Kickboxing (KICK), named coach of the Dallas/Fort Worth Texans and serving as liaison between KICK and the National boxing commissions. Larry Caster also founded the AKO (Amateur Kickboxing Organization) and had a hand in virtually every aspect of martial arts in Texas for years. Mr. Caster is credited with bringing the Ridge Hand technique (from his Kenpo training) to the Texas fight scene, which had been dominated by Tae Kwon Do people up to that time. To prove how powerful and devastating this technique really was, Larry Caster would demonstrate by breaking up to six concrete blocks with his ridge hand strike.

Eulogy
On Thursday, March 25, 2010 Larry Caster passed away peacefully, surrounded by family and friends. Larry was born December 25, 1940 in Dallas, Texas. He graduated from Sunset High School in 1959 and served with distinction in the United States Navy. He earned Engineering Degrees from Kansas State University and Texas A & M. Although he worked throughout his career as an engineer and in management, his great passion in life was the Martial Arts.

Larry Caster won international fame as a black belt heavyweight fighter in the 1960’s and became world renowned as a teacher and full contact kickboxing coach. Larry trained four World Champion Kick boxers and served on the Board of Directors of the Karate International Council of Kickboxing.

Larry Caster was inducted into the Texas Martial Arts Hall of Fame.

In lieu of flowers, the family requested donations be made to the Larry Caster Martial Arts Trust, 221 Justin Rd., Suite 119-119, Flower Mound, TX 75068 or in person at any metroplex CHASE bank location.