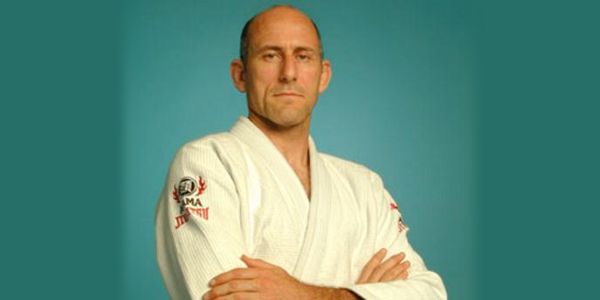 David Meyer began training jujitsu as a young child in 1968 under Sensei Jack Seki. He received his 1st Dan in 1977. David Meyer trained White Lotus Kung Fu under Sifu Douglas Wong and taught jujitsu at Steven Seagal’s Tenshin Dojo from 1984-1987. He was head instructor of jujitsu at the University of California Los Angeles (UCLA) from 1980-85. David Meyer received his 3rd Dan in jujitsu under Sensei Jack Seki and holds a 4th Dan under Prof. Wally Jay.

David Meyer began training Brazilian jiu-jitsu in 1992. In 1966 David Meyer received his Black Belt in Brazilian jiu-jitsu. He was one of the first Americans to do so. He is a student of the Machado brothers, Rigan, Jean Jacques, Carlos, John and Roger. He is one of the pioneer American competitors to become a world-class fighter in the sport of BJJ and he is the coach and training partner for numerous MMA fighters in Los Angeles and San Francisco. He currently trains with the Cesar Gracie team, Jake Shields, Gilbert “El Nino” Melendez, and Eduardo Rocha in the San Francisco area. 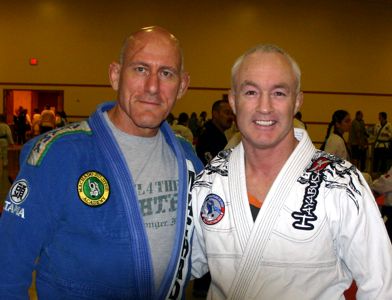 David Meyers many titles include:

David Meyer was the first American to win a medal at the black belt level at a BJJ World Championship. He earned the Bronze Medal in the Black Belt Open Weight Class division in Brazil in 1998. David Meyer also won, what is believed to be, the first ever Brazilian jiu-jitsu competition held in the United States. The competition was a cross-school competition between the Tarzana and Redondo Beach Machado Brothers schools and it took place in 1994.  He has been the winner of numerous “superfights” at regional and national Brazilian jiu-jitsu competitions in both gi and no-gi competitions.

David Meyer is not only well respected as a competitor, but he is a top notch instructor as well.

David is also a passionate advocate for animal welfare and has been a vegetarian since 1985. He launched www.FuelForTheFighter.com to show how MMA and BJJ fighters can be vegan/vegetarian and have increases in their strength and endurance. He co-founded Adopt-a-Pet.com, the world’s largest non-profit pet adoption website where you can adopt a pet, promoting dog adoption and cat adoption by listing pets to rescue at animal shelters and humane societies around the country.