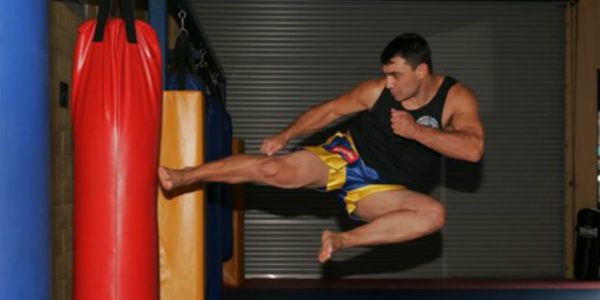 Master Dominic Lavalle is the founder, Director and Chief Instructor of Reflex Martial Arts Centre. There is over twenty years of Martial Arts experience in his blood and he has Black Belts in six different styles and disciplines.

When the Reflex Centre opened 13 years ago its founder Dominic Lavalle taught day and night while keeping up two other jobs to make ends meet.

His unique fully-equipped martial arts centre is now abuzz day and night with 200 enthusiastic punch-packing students – proof his hard work was well worth it.

The founder, 6th Degree Black Belt and a Professional Coach, Dominic Lavalle began training in 1984. He still regularly travels to train with legends, fighters and great masters from all over the world, bringing back new and improved techniques to refine his own style called Reflex Combative Martial Arts.

Reflex Combative combines elements of many different styles including Thai Kickboxing, Western Boxing, Filipino Stick fighting, Combat Jiu Jitsu and BJJ Ground fighting. Some of Dominic’s best memories are of his time training with the Urquidez family, Benny “The Jet” Urquidez (5 times world kickboxing champion) and Legend Peter ”Sugar Foot” Cunningham (7 times world kickboxing Champion) all at the Fame Jet Center in the US. After returning to Australia from the US his goal was to train hard and one day open up a full time centre.

To get there he has continually trained, studied and analysed and modified his techniques. His six-day-a-week training regime includes running, skipping, weights, sparring, pad work, and a variety of drill work on defence and offence. Recently he again trained in South Australia under his mentor Grand Master Vince Palumbo, and was awarded his 5th Degree Black Belt in Combative Martial Arts.

He also has other Black Belts in the arts of StreetWise Martial Arts, Combat Jiu Jitsu, and in Taekwondo. He had the honour of training and receiving an award from the grand master Cacoy C Canete 12th degree Back Belt, and was last year promoted to a 1st degree black belt in Cacoy Doce Pares (Stick Fighting) and also 1st degree black belt Pangamot (Filipino fighting system). 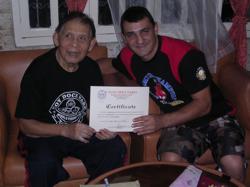 Dominic’s talents and skills which have earned him the different styles of Black Belts reflect his dedication to the fights in the ring. The training helped him reach his peak physical fitness and allowed him to find success as a fighter, with the ability to react properly when his mind told him to. 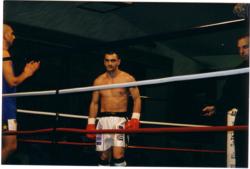 His dream of building a successful Reflex Centre based around his own new art was successful. He has built an empire that teaches values and nurtures discipline and character in students. Dominic devised a system of different codes for different combinations – boxing has numbers, and kickboxing has letters. Martial arts forms flow from different styles making it as one RELEX COMBATIVE STYLE.

Dominic Lavalle trained his wife Rosanna to fight, wanting her to experience the thrill of taking on other female fighters from different fighting styles. The plan was a huge success. Rosanna became the 1998 Australian Black Belt champion and two-time NSW champion in 1998 and 1999. In 2007 Rosanna made a comeback after having two children. She trained very hard and fought in two full contact Thai Kickboxing fights and won! 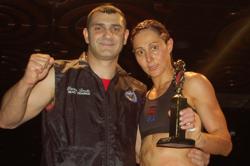 Dominic also trained several Reflex students who have won state titles in boxing and kickboxing. Today Dominic and Rosanna, the owners and master instructors of Reflex, are dedicated to their students of all ages and skill levels – devoted to helping anyone keen to learn. They love teaching and are constantly focused on working to get the most out of their students by incorporating everything they have learned from other arts and previous instructors – including Dominic’s first instructor John Apolloni who had a huge influence on his martial arts and to who he is eternally grateful.

Dominic, 38, and Rosanna 34, have two kids, son Jake, 5, and Alyssa, 8. Both kids train in the children’s classes that Dominic and Rosanna teach. The couple’s bond and respect for each other make them the perfect team at home and at the centre.

Reflex has 21 group classes a week – with Dominic teaching 38 to 40 sessions – ranging from private lessons to group classes and outdoor training. Dominic finds time to keep up his own training and will continue to develop his skills, all the while enjoying life and the fulfillment he finds in his martial arts training and teaching. 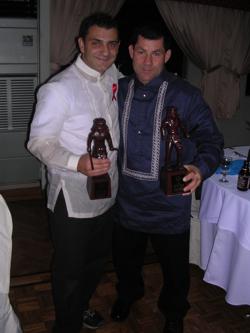 Dominic continues to further his knowledge through ongoing studies under grand Master Vince Palumbo of Adelaide, and in March 2008 was invited to the 1st Hall of Fame night and International Training Seminar, in the city Cebu, Philippines.

The event promoted those whose contributions are respected by all martial artists throughout the world. It recognised that martial arts are a dynamic field that embrace cultural diversity and uphold a high standard of quality that should be recognised internationally.

”There were some of the world’s leading instructors teaching there, but my highlight was training with the Supreme Grandmaster Cacoy Canete 12 degree black belt who was teaching his Filipino arts of Eskrima, Eskrido stick fighting, and Pangamot Jutitsu.”

Also a thrill and great highlight for Dominic Lavalle was being awarded the “HALL OF FAME 2008” – Excellence in the of Sports Eskrima Stick fighter. Later last year, the icing on the cake came when Dominic won the single stick GOLD MEDAL in the under 79kg men’s division at the stick fighting champions’ in New Zealand (Christchurch). 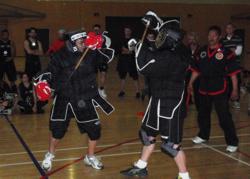 About 100 competitors from different countries took part in full contact Cacoy Doce Pares stick fighting!!! ”I have to give public thanks to Grand Master Vince who has had a huge influence on my sticks training,” Lavalle said.

Dominic is excited about sharing his love for the art of stickfighting with his Reflex students who are extremely fortunate to have such an all-round master in their midst.

USAdojo - August 12, 2006
We use cookies to ensure that we give you the best experience on our website. If you continue to use this site we will assume that you are happy with it.OkRead more