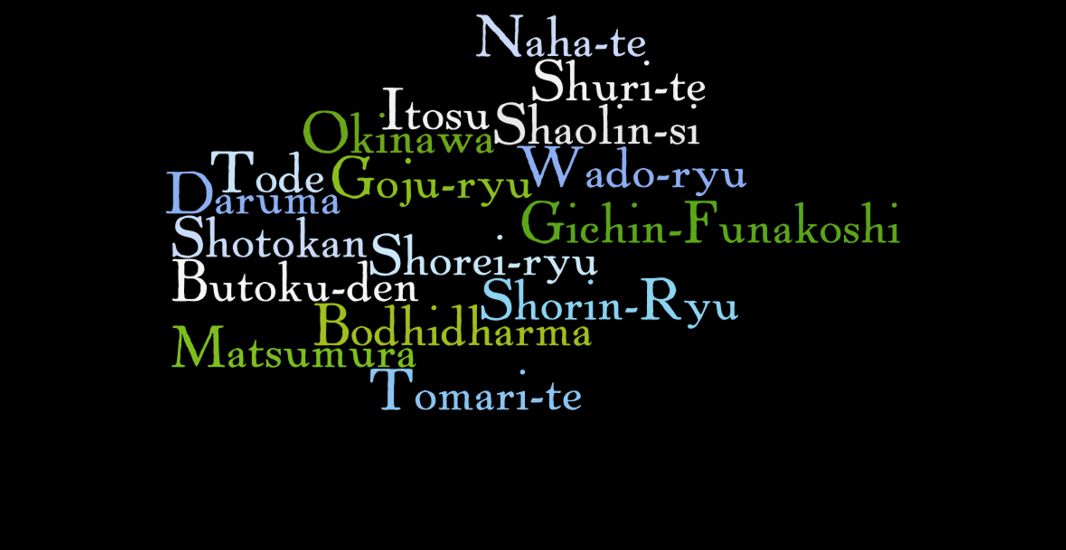 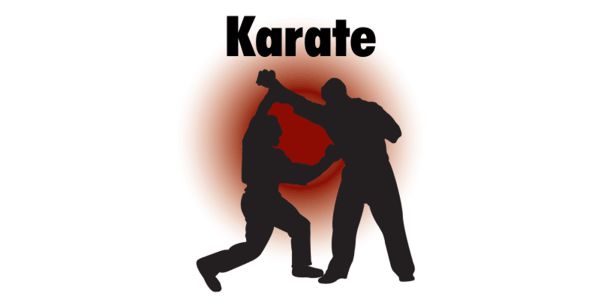 History of Karate
Bodhidharma also known as “Daruma” in Japan and as often as not, this Indian Buddhist monk is cited as the prime source for all martial arts styles or at the very least, for any style which traces its roots back to the fabled Shaolin Temple. However, the question of his contributions to the martial arts and to Zen Buddhism and even of his very existence has been a matter of controversy among historians and martial arts scholars for many years.

As legend has it, the evolution of karate began over a thousand years ago, possibly as early as the fifth century BC when Bodhidharma arrived in Shaolin-si (small forest temple), China from India and taught Zen Buddhism. He also introduced a systematized set of exercises designed to strengthen the mind and body, exercises which allegedly marked the beginning of the Shaolin style of temple boxing. Bodhidharma’s teachings later became the basis for the majority of Chinese martial arts. In truth, the origins of karate appear to be somewhat obscure and little is known about the early development of karate until it appeared in Okinawa.

Okinawa, Being at the crossroads of major trading routes, its significance as a “resting spot” was first discovered by the Japanese. It later developed as a trade center for southeastern Asia, trading with Japan, China, Indo China, Thailand, Malaysia, Borneo and the Philippines. In its earliest stages, the martial art known as “karate” was an indigenous form of closed fist fighting which was developed in Okinawa and called Te, or ‘hand’. Weapons bans, imposed on the Okinawans at various points in their history, encouraged the refinement of empty-hand techniques and, for this reason, was trained in secret until modern times. Further refinement came with the influence of other martial arts brought by nobles and trade merchants to the island.

To continued to develop over the years, primarily in three Okinawan cities: Shuri, Naha and Tomari. Each of these towns was a centre to a different sect of society: kings and nobles, merchants and business people, and farmers and fishermen, respectively. For this reason, different forms of self-defense developed within each city and subsequently became known as Shuri-te, Naha-te and Tomari-te. Collectively they were called Okinawa-Te or Tode, ‘Chinese hand’. Gradually, karate was divided into two main groups: Shorin-ryu which developed around Shuri and Tomari and Shorei-ryu which came from the Naha area. “It is important to note, however, that the towns of Shuri, Tomari, Naha are only a few miles apart, and that the differences between their arts were essentially ones of emphasis, not of kind. Beneath these surface differences, both the methods and aims of all Okinawan karate are one in the same” (Howard, 1991). Gichin Funakoshi goes further to suggest that these two styles were developed based on different physical requirements. Shorin-ryu was quick and linear with natural breathing while Shorei-ryu emphasized steady, rooted movements with breathing in synchrony with each movement. Interestingly, this concept of two basic styles also exist in kung-fu with a similar division of characteristics.

The Chinese character used to write Tode could also be pronounced ‘kara’ thus the name Te was replaced with kara te – jutsu or ‘Chinese hand art’ by the Okinawan Masters. This was later changed to karate-do by Gichin Funakoshi who adopted an alternate meaning for the Chinese character for kara, ’empty’. From this point on the term karate came to mean ’empty hand’. The Do in karate-do means ‘way’ or ‘path’, and is indicative of the discipline and philosophy of karate with moral and spiritual connotations.

The concept of Do has been prevalent since at least the days of the Okinawan Scholar Teijunsoku born in 1663, as this passage from a poem he wrote suggests:

No matter how you may excel in the art of te,
And in your scholastic endeavors,
Nothing is more important than your behavior
And your humanity as observed in daily life.

The first public demonstration of karate in Japan was in 1917 by Gichin Funakoshi, at the Butoku-den in Kyoto. This, and subsequent demonstrations, greatly impressed many Japanese, including the Crown-Prince Hirohito, who was very enthusiastic about the Okinawan art. In 1922, Professor Jigoro Kano, founder of the Japanese art of Judo, invited Funakoshi to demonstrate at the famous Kodokan Dojo and to remain in Japan to teach karate. This sponsorship was instrumental in establishing a base for karate in Japan. As an Okinawan “peasant art,” karate would have been scorned by the Japanese without the backing of so formidable a martial arts master.

Today there are four main styles of karate-do in Japan: Goju-ryu, Shorin-ryu, Shotokan, and Wado-ryu.

Shotokan
Shotokan was founded by Gichin Funakoshi (1868-1957) in Tokyo in 1938. Funakoshi is considered to be the founder of modern karate. Born in Okinawa, he began to study karate with Yasutsune Azato, one of Okinawa’s greatest experts in the art. In 1921 Funakoshi first introduced Karate to Tokyo. In 1936, at nearly 70 years of age, he opened his own training hall. The dojo was called Shotokan after the pen name used by Funakoshi to sign poems written in his youth. Shotokan Karate is characterized by powerful linear techniques and deep strong stances.

Wado-ryu
Wado-ryu, ‘way of harmony’, founded in 1939 is a system of karate developed from jujitsu and karate by Hironori Otsuka as taught by one of his instructors, Gichin Funakoshi. This style of karate combines basic movements of jujitsu with techniques of evasion, putting a strong emphasis on softness and the way of harmony or spiritual discipline.

Shorin-Ryu
Sokon Matsumura subsequently traveled to China where he studied the martial art known as Shaolin Kenpo. It is not certain when Matsumura went to China, or for how long, but we do know that he was there long enough to receive a good education in Shaolin Kenpo. Later he began teaching his art, a combination of Okinawa-Te and Shaolin Kenpo, in the town of Shuri.