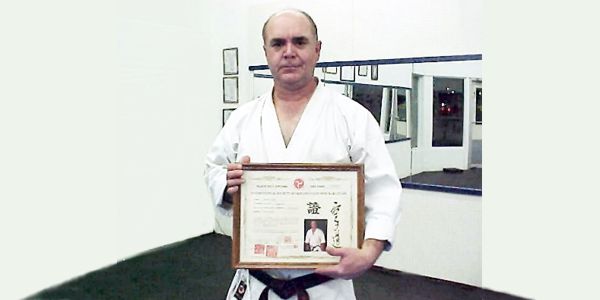 Kyoshi Andy Rodda began training in DoShinKan Karate in 1978  in Yakima, Washington under the direction of Shihan Morris Mack. He came to Pendleton, Oregon in the fall of 1985, and opened the Pendleton School of Karate in 1986. In 1987, the American Shudokan Association was formed by Shihan Walter Todd and Shihan Morris Mack. DoShinKan Karate is a direct off-shoot of Shudokan Karate-do.

In 1995 Kyoshi Rodda began training with Shihan Ron Reed (7th Dan) and Hanshi Alexander Archie (10th Dan) and together they have formed the Northwest Shudokan Association. In April of 2001, Hanshi Archie and Shihan Reed promoted Kyoshi Rodda to 6th Dan.

For 30 years, Kyoshi Andy Rodda has been involved in traditional karate-do in the great Northwest. He is continually learning, continually teaching, and continuing to promote the martial arts in a positive way.

With this article, the Historical Ninjutsu Research Team aim to provide a brief introduction to the fascinating story of the Japanese ninja, giving the reader an insight into the world of the Japanese spy and their abilities.