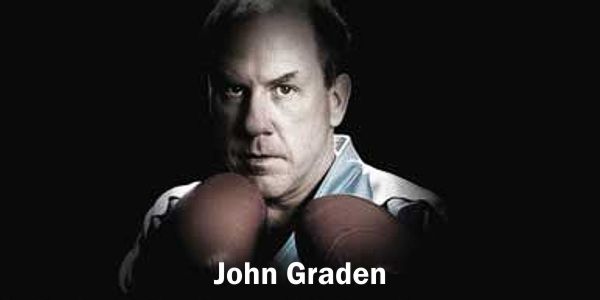 Over the past few months I’ve been writing about the meteoric rise of MMA and the opportunities and pitfalls it presents. While many see this as a great boon to the martial arts, some are disgusted by the emergence and high profile of this sport while others are fearful their days are numbered for what they teach and how they teach it.

Here’s a note a client of ours sent me yesterday after my tele-seminar:

“I disagree about the whole MMA thing and in my humble opinion I think it is a big mistake for the martial art Dojos to jump on this. What I have found is that a majority of people see MMA fighters as “toothless, foul mouthed, tattooed” and they want nothing to do with that for their kids. The 20-28 year old hotheads [like it] because they think they will be the next UFC “star.” Just look at what happened with Dana [White] throwing out the guys that got into a fight on the series.”

You might recall the phrase, Black Belt Eyes as making the assumption that the world sees the martial arts the same way we do, when in fact the public sees the arts and your school through Market Eyes.
Some points to consider:

1. First, I love tradition karate and kata. I will be competing in next months’ US Open in the Traditional Forms division. That said, we’re not advocating that schools and instructors start cussing and burning tattoos on their skin.
We’re saying there is a huge market of kids and adults who would rather do MMA than kata. Also, many of the potential students for an MMA program will not need their mother’s permission to train.

Pro-Star Mixed Martial Arts is MMA for the Masses.

Conversely, there is no reason you would have to drop uniforms, ritual and respect to teach MMA. Pro-Star Mixed Martial Arts has a strong emphasis on maintaining martial arts structure and rank.

It’s when a school adds a modern MMA for the masses curriculum like Pro-Star coupled with those traditional values and rituals that puts a school on a powder-keg ready to explode.

3. When traditional martial arts helps you change your life and redefine yourself as they have for many of us, we have a strong emotional connection with the “Way” we were taught. The Market has no such connection with martial arts. They don’t care.

4. All innovation is designed to make things faster and easier. MMA provides instant value by discarding techniques proven to be ineffective. Humans are always attracted to fast and easy rather then slow and hard. That might fly in the face of the way a lot of Black Belts think about the martial arts, but not the Market’s. They don’t care.

5. Typically in a paradigm shifts, the shift is met with resistance and then, when the momentum is so strong it can’t be stopped, the shift goes too far in the new direction before settling back to a manageable place.

MMA is a paradigm shift that will change the martial arts business forever. Yes, right now it’s back alley, but so were most martial arts schools until the early 1990s.

In time you will see professionally run MMA schools such as Jerry Jones Ultimate Martial Arts in Nutley, NJ where he has nearly 300 MMA students ranging from six-year olds to UFC champions. Mr. Jones is a bright, articulate and gracious instructor who is nothing like the toothless, “toothless, foul mouthed, tattooed” described above. We’re proud that Mr. Jones is the Pro-Star Mixed Martial Arts Grappling Director.

Look at the timeline and evolution of MMA. In 1993, the UFC was as barbaric as can be. Over the past 15 years, it has evolved into a top-notch production that is outdrawing baseball, basketball, and hockey. According to boxing promoter Bob Arum, is “cleaning our clocks.”

Right now we have the controversial Dana White as the leader. Ten years from now, hopefully sooner, we’ll have a leader who will not be part of the sport’s image problem. I predict also that, because of the growing purses, you will see a more educated, “TV friendly” fighter emerge.

When I introduced Cardio Karate to the industry, I got hammered for it. Two years later when Billy Blanks rolled out Tae Bo, the schools that followed my suggestions made truckloads of money. Pro-Star Mixed Martial Arts is the same for MMA. Not every MMA student wants to fight in a cage. Most just want to be in great shape and have the skills the MMA fighters have. We have to be prepared to teach MMA to the masses or the guy down the street is going to instead.

Like it or not, there is no denying that MMA has a huge and growing fan base. While I feel it is reaching over-exposure, there is no question that millions of people are tuned in and turned on by mixed martial arts. Many of the current crop of fighters were young kids when they first saw the UFC and knew this is what they wanted to do. That is a market demand that Pro-Star Mixed Martial Arts is fulfilling.