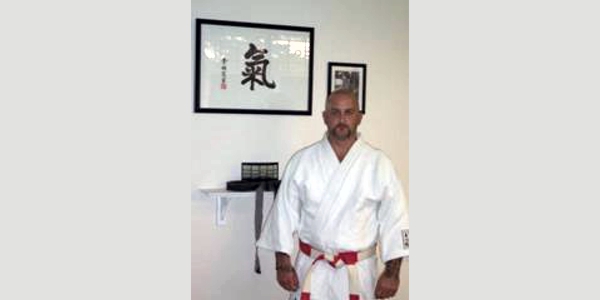 In 1984, Hanshi Duke Swain joined the United States Marines Corps where he served for many years and received an Honorable Discharge. While stationed in Japan Hanshi was introduced to Master Osoto, a great Chi Gung Healer and martial artist. A few years later he returned to Japan to train with and study under Master Osoto. Hanshi was quickly taken under the Master’s wing and this eventually became his home.

Hanshi Duke Swain has researched the restorative healing powers of (Dayan) Wild Goose Breathing Chi Gung, an internal style of Chi Gung. Wild Goose Breathing has been dated back more than a thousand years and has been known to cure such diseases as cancer, HIV and Aids, polio, arthritis, asthma and many more.

Hanshi Duke Swain was the owner of and Chief Instructor at Zenshin Healing and Martial Arts.

Hanshi Duke Swain continues to travel throughout the United States and abroad seeking fellow martial artists and healers to train and learn from.