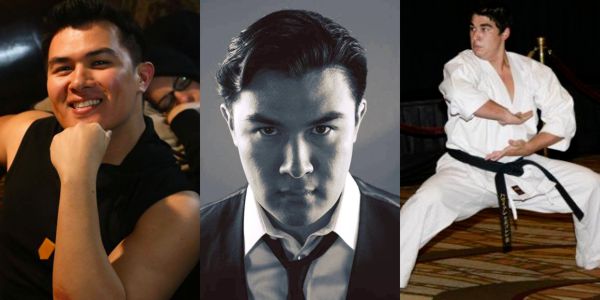 Garett Lee was born into Karate though his father who was a national competitor for over forty years. He has been competing on the state level and national level for fifteen years and has achieved a reputation that has been impressive to his peers and fellow Black Belts.

He was the youngest competitor to be on the National Sherman Oak Raiders Black Belt Team at age eight, then Hawiirock productions picked him up on a national level also. In 1997 when Wade Kirkpatrick and Gary Lee won the Golden Greek Award (Texas Sport Karate MVP Award) Garett was beside them at most of the events. Then as a junior Black Belt in State and National competition, he won Texas State Championships and a World Championship for Universal’s Black Belt Hall of Fame Tournament.

Garett’s school principal said, “it was the hardest thing he has ever seen a child go though, incredible!”

He teaches private lessons to many of the Texas State competitors and is a sought after instructor in seminars around the State.

Here’s what people say about Garett “The Comebackid” Lee:

Here are some reasons why:

Garett Lee earned his Nidan in Shorin-Ryu Japanese Karate which was presented by his Bushiban Family and Godfathers Dr. Maung Gyi and Matshibushi Ward (Mabo) and his father Professor Gary Lee. 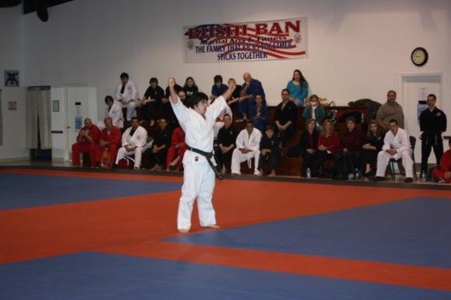 It had been ten years since Garrett Lee’s last black belt test in front of a legendary board, at eight years old. it all seems surreal, but after ten years of in your face fighting and kata, wins at The Battle of Atlanta, five Texas State titles, and PKC and AOK number one fighting seed and U S Open and U S Championships, Garett had the opportunity to prove his abilities and love for true karate do. Garrett’s mentor Grand Master Zulfi Amed gave him a birthday present he will always remember! 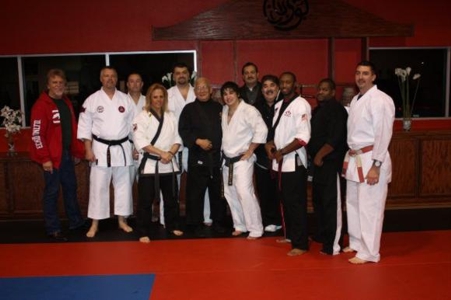 Garett is making Texas proud and he enjoys sport karate, he has a old time attitude with a updated flare to conform to any fight situation , he works hard and likes to win ,he is a fighter to watch!

USAdojo - January 4, 2006
We use cookies to ensure that we give you the best experience on our website. If you continue to use this site we will assume that you are happy with it.OkRead more