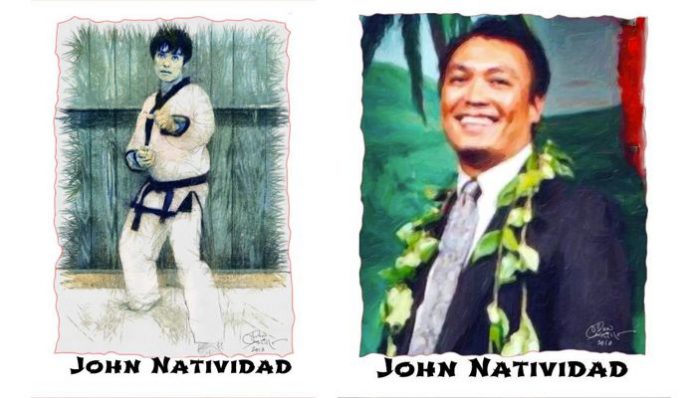 We’re excited about the John Natividad Living Legends Celebrity Roast brought to you by Professor Gary Lee and the Sport Karate Museum. The celebration is also a reunion with many of the top Sports Karate Heroes celebrating the life of John Natividad “The Giant Killer” who one of the living legends of  sport karate. The event includes a Hawaiian banquet, the History Generals of Sports Karate Summit with special celebrity guest speakers, autograph sessions, and The Professional Maximizer Awards.

John Natividad was one of Chuck Norris’ top fighters and he was featured in the film New Gladiators (1973) about the Golden years of sport karate. This was before the popular use of protective gear. The individuals in this film were the best of the best in those early years. New Gladiators (1973) was financed by Elvis Presley, and it was found, restored and released 30 years later. Music in the film was scored by David Crosby and Graham Nash. New Gladiators (1973) is a film in the tradition of surfing’s Endless Summer, where a group of the top karate fighters from the USA travel the country and globe in search of the perfect tournament and the best opponents. New Gladiators (1973) features Ed Parker, Benny Urquidez, Roy Kurban, John Natividad, Steve (Sanders) Muhammad, Emil Farkas, Ron Marchini, England’s Ticky Donovan, Belgium’s Geert Lemmens and many, many more fighting stars of the Golden Era of Karate in America in the mid 1970’s.

Their will be a $10.00 donation to the Sport Karate Museum for each poster or photo autograph for each karate celebrity.

The John Natividad Living Legends Celebrity Roast and all this weekends activity will be filmed for a full documentary about the history of  Sport Karate.

National Martial Arts Day at AT&T Stadium – Home of the...